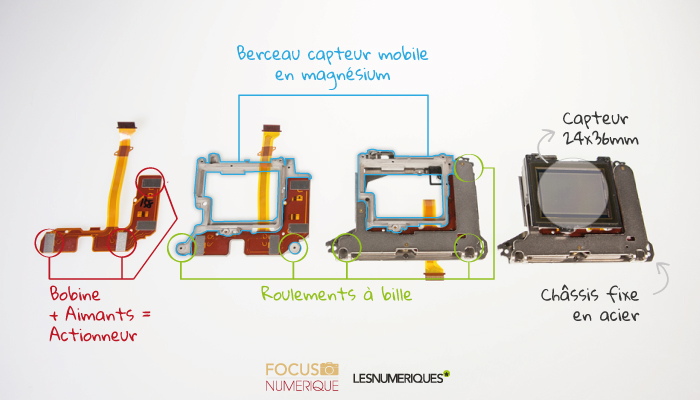 Lesnumerqiues has been told by Sony engineers how the Sony A7II fixe axis system works. It’s 100% confirmed that lenses with no electronic contact to the A7II will get the 3 axis and not the full 5 axis stabilization.

Sony also explained to Lesnumerique that the Olympus E-m1 5 axis system is not powerful and precise enough for a 4 times larger sensor. The Olympus version has a mechanical spring which “loses its elasticity with age”. Sony’s solution uses coils and magnets which also have the advantage that it uses less energy and is also very quite than the Olympus version (note that Olympus E-M1 stabilization is quite noisy).

In detail Sony’s A7II stabilization mechanism uses three coils and magnets points (in red on the image above) and a ball bearing system (in green on the image above) which is directly inspired by anti-seismic protection devices used on many buildings in Japan! There is no image of the ball bearing system so here is one of those used by the buildings: 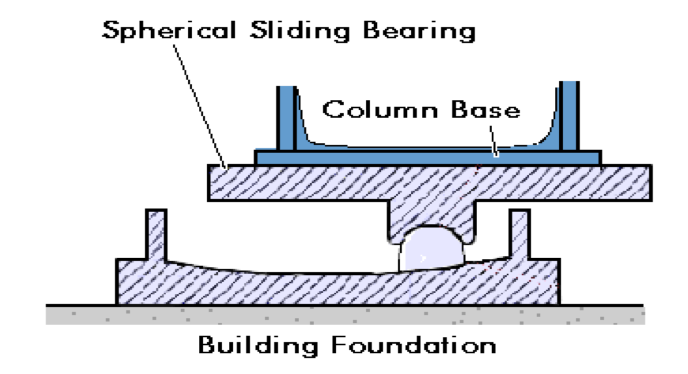 I think it gives us a very clear idea of how it works! Now wondering what else those crazy genius Sony engineers have in their mind for the future! Great job guys!

One more thing: Mark Galer extended his 5 axis stabilization how to videos: