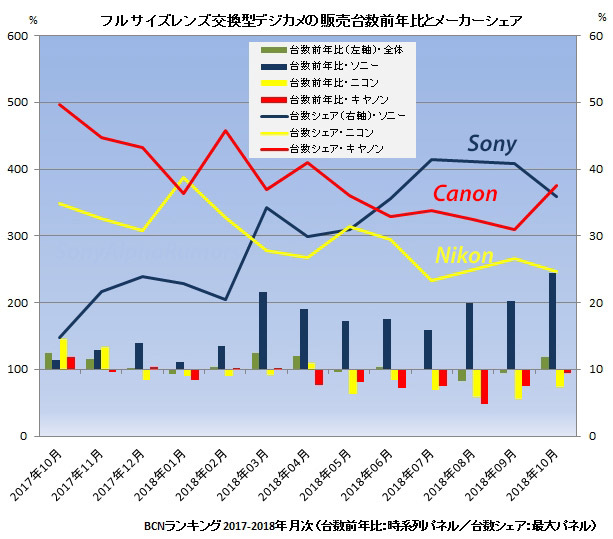 I am a bit surprised to see this: Sony Full Frame camera sales in Japan did growth enormously in Japan. And the surprise is that Nikon Z7 camera didn’t manage to change Nikon’s fortune (UPDATE: Maybe the Z6 will change this). Sony still outsold the Nikon cameras by a huge margin. Only Canon managed to slightly beat the Sony sales in October. But if you consider the whole past year Sony really did beat them both by a huge margin.

The columns on the bottom show the change compared to the previous year. And as you can see Canon and Negative are in negative territory fot the past 8 months. All this despite Sony NOT having announced a single new Full Frame camera in the past 10 months after the A7III launch.

Note: BCNranking which collects the exact sales number from 2/3 of all Japanese stores.