A person I highly trust talked to a major Sony manager (I cannot unveil his name). Now as usual the info spilled out by such “managers” have to be taken with a grain of salt too. They often “hide” or sometimes even really don’t know exactly what’s going to happen in the near future. But the info he shared was the following:

1) Many FE lenses have a larger Filter size because it’s more practical for video usage. And Sony wants to make lenses that can suite well both kind of customers: Stills and Video photographers

2) A High End E-mount FF (rumored to be named “A9”) is indeed on the roadmap for a 2015 release. But he doesn’t think it will be announced from here to March. Before the A9 Sony will announce the price and release of the new FE lenses.

3) In the Sony managers region (can’t name it but it’s big) 80% of the interchangeable cameras they sell are E-mount and only 20% A-mount. Most A-mount cameras sold are A99’s.

4) According to him Zeiss, Sigma, Tamron and other third-party lens makers have more interest in making lenses for the E than for the A-mount system. Mainly because the E-system has little to offer while there are plenty of A-mount lenses around.

5) A-mount sales are just enough to cover initial development costs. While the money is coming from E-mount.

6) There will be new and “updated” A-mount lenses that will mainly focus on improving the lens usefulness in video.

I repeat it. Take that info with a grain of salt. But this is the kind of info that the manager (and likely other too) are spreading around when talking with customers and business partners. 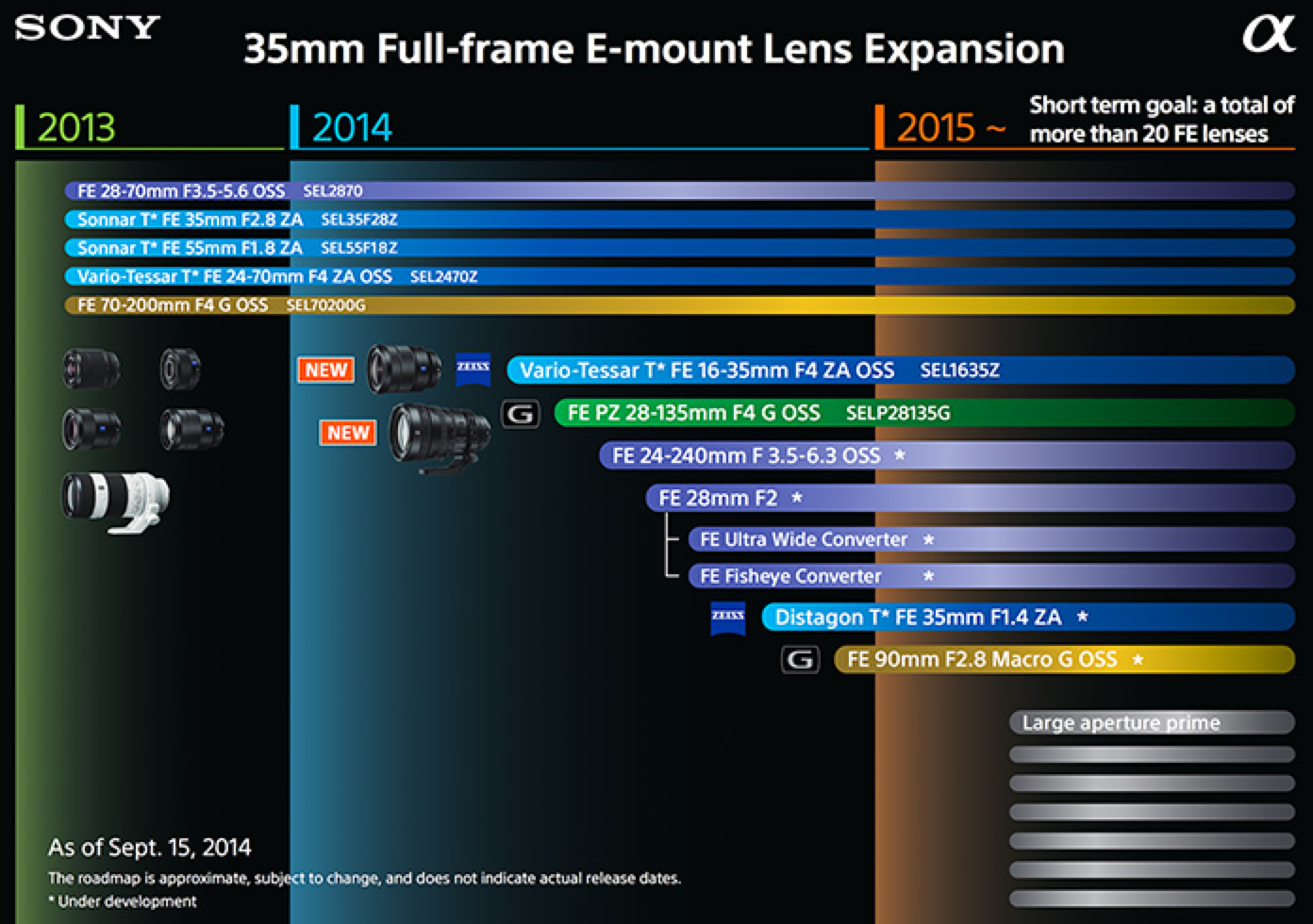 On February Sony will finally launch the lenses announced back at Photokina (see roadmap on top). And today we also got some tidbits about the next bunch of lenses coming in mid-end 2015. The source said there will be two Zeiss branded FE autofocus lenses:

The source stressed to say that what he saw were prototype lenses:

“We used them on a Sony A7R. Appeared to be similar build quality and style to the “Touit-Loxia” series. They were both AF and quite snappy with focus and of course very sharp.“

If the rumor is true tell us: 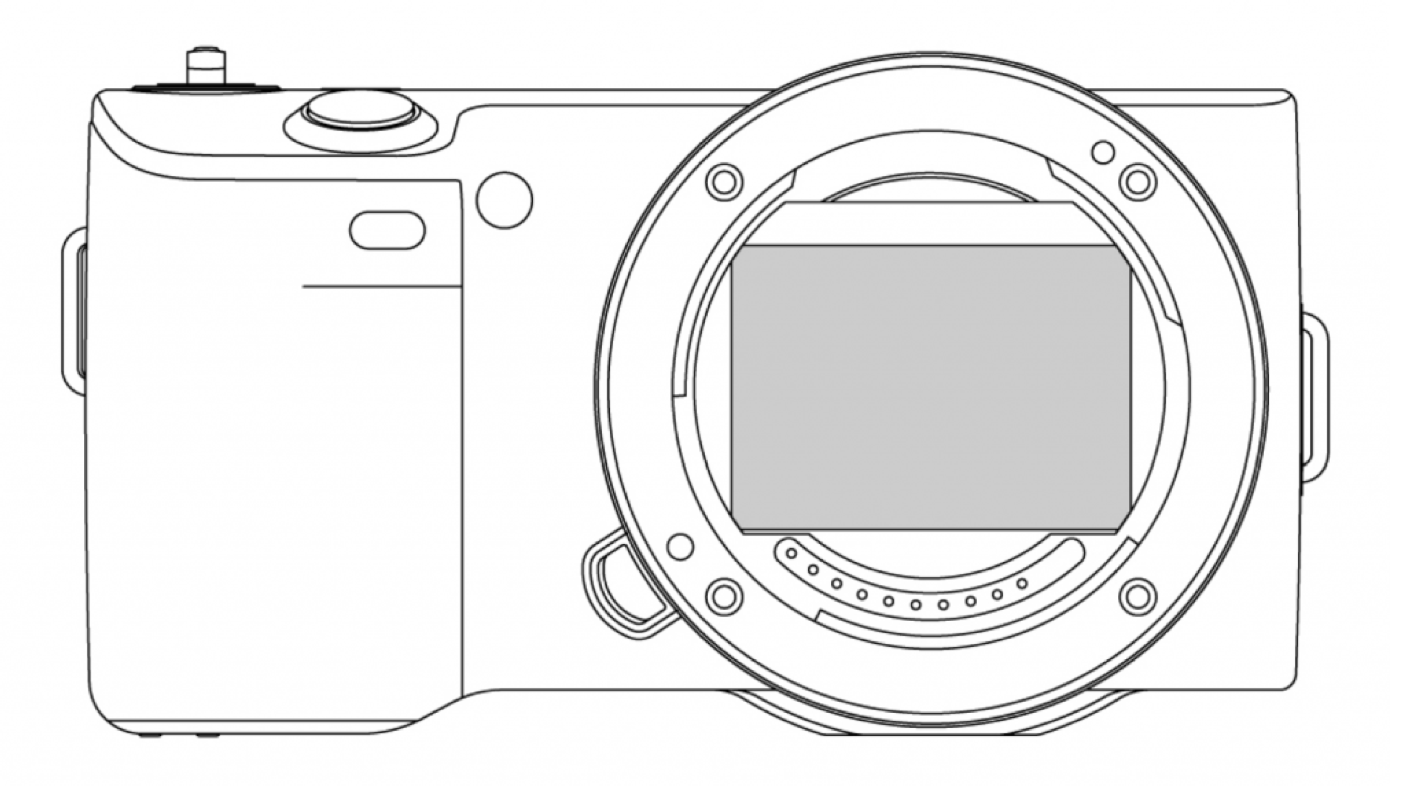 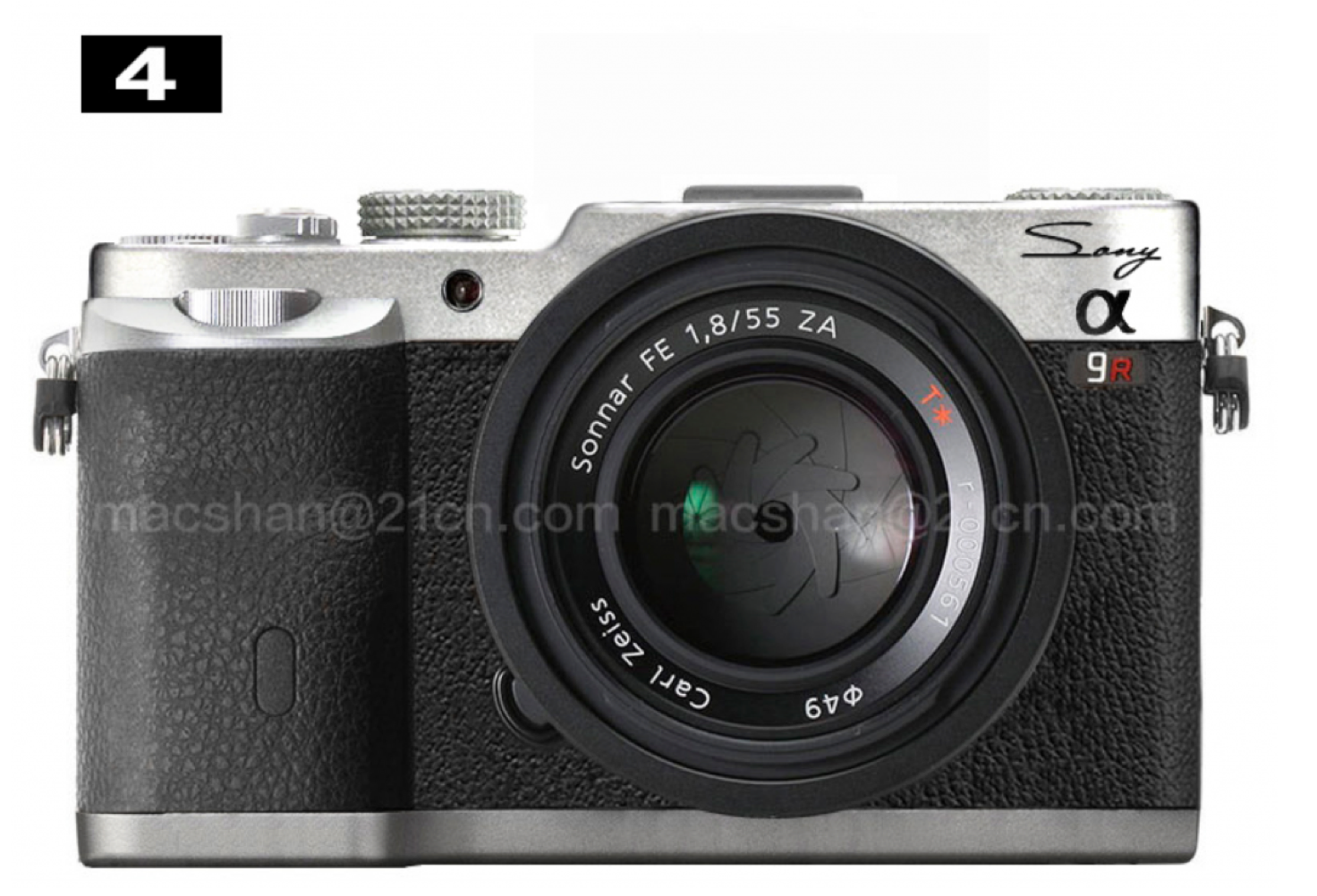 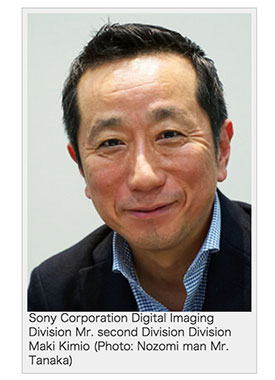 Sony manager Maki Kimio has been interviewed at DC.watch. In short this is what he said:

1) SLT cameras have the advantage of larger bodies. There is more space we can use to implement certain tech (SAR note: He doesn’t mention what exactly they plan to do). And he confirms they will continue to develop A-mount cameras and lenses.

2) Increase sensor size or increase Megapixel numbers is things we will do if customers demand for it.

3) Main demand for now is improve the autofocus performance

4) It is very likely to see different kind of (non-Bayer) sensor in future. But it’s not a concrete matter yet. Vertical layered RGB sensor (like Foveon) are yet very difficult to “process”

5) Light Field camera is something Sony is studying and may could come in a not so distant future.

7) Sony says DSLR sales are down because of lack in innovation. Sales of mirrorless are up because they became more advanced (not only because of the more compact size).

9) We will not make a Medium format system camera yet because we are already busy working to broaden our A and E-mount lens line.

Just a note on medium format: So far the rumors about medium format Sony cameras talk about fixed lens cameras. Sony is for now only excluding that it’s a system camera.