The one new Key Feature that certainly stands out on the new A7rIII is the “Pixel Shift Multi Shooting“. It combines 4 shots (every shot has a 1 pixel shift). The total pixel number is 169.9MP. After that you have to merge these pictures on a dedicated Sony computer  software and the result is a final 42MP pixel image where every pixel contains the full RGB color information.

This mode allows for higher resolution, color accuracy and less moire issues. The Sony China presentation claims the final image resolution compares to an image taken with a 99 Megapixel Bayer sensor. I hope to be able to confirm this via other Sony sources because I haven’t seen this mentioned elsewhere.

I tend to believe the number given by Diglloyd is more realistic:

I hope we can see some tests soon to determine what’s the quality of those multi shooting images.

In the meantime check out these videos and images that do explain how the Pixel Shift mode works: 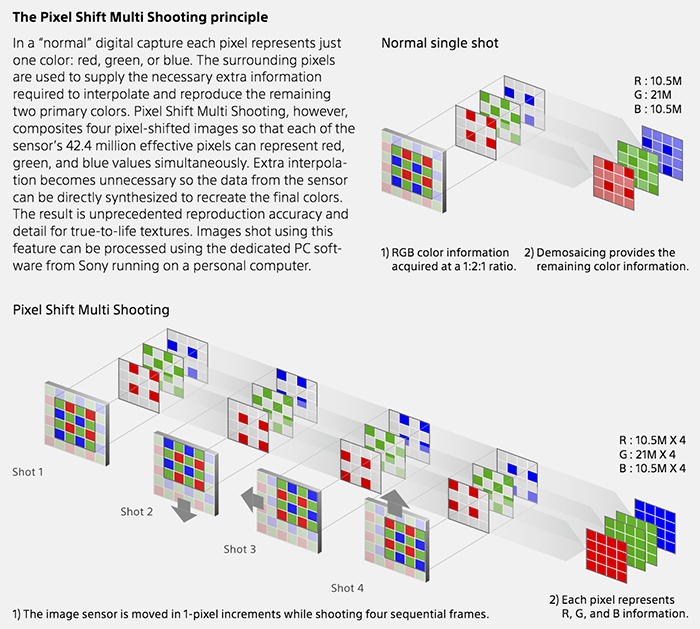