Bloomberg published an interesting article about the financial situation of the Sony Image sensor business. And Image Sensor World analyzed the key data which I will report here:

Here are the main statements:

I now had time to work with trusted sources on the leaked Zeiss 85mm f/1.8 image from Xitek. They said the final production lens has some differences. So this image isn’t the real final design. Whether this image is a pre production version of the lens or a rendered reproduction is unknown.  I repeat, it’s close but the final version will have some differences (for example filter size). Note: The one trusted source that 5 hours ago said the image was correct didn’t notice at first glance the differences. He now noticed them too.

Real pics of the upcoming NEX stuff will be posted soon on SAR (I will get via my own trusted sources). Stay tuned! 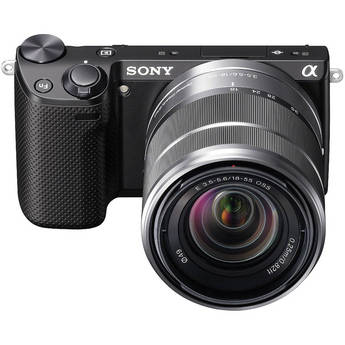 Short break from rumors to report new US deals:

Right now you can grab the great Black NEX-5R with kit lens for $449 at BHphoto (Click here). You even get a lot of free extra stuff!!! The Silver version for the same price (but without the extras) can be bought at BestBuy (Click here). And for $439 at Adorama (Click here).

The RX1R is in Stock at Amazon (Click here). Limited quantity!

Something ia about to change at Sony!

The last six months I got a huge amount of rumors and hints about cameras. The NEX-FF, NEX-7 successor, A-mount mirrorless, A79 specs, Firmware update info. A lot of info and single pieces of information I often didn’t know how to order. I had questions like…what’s coming first? What tech will be used by what camera? It’s an incredibly hard job to get rumors and it’s even harder when Sony keeps changing roadmap and hiding things.

But the latest 24 hours were exciting(!!!) on the rumor work front. I got an 80% perfectly exactly clue about what’s going to happen the next 6 months. And I even got “evidence”…or better “pictures” that allowed me a breakthrough on the rumor front. Some questions are still left but I will sort them out in time. I will promise you an STORM of rumors on SonyAlphaRumors right after the QX camera announcement on Tuesday. The next 3-4 days I will work with all my sources to clear out all the questions that are left. Here are some hints about what’s coming. All SR5 guys!

1) There will me many new APS-C E-mount cameras and lenses in September. One of these cameras has a unique feature, and that camera will make you happy (if the price isn’t too high). And also Canon and Nikon owners will be motivated to switch and they can perfectly use all their lenses on it! Question left to answer: pricing and some specs. Lens availability (don’t know if lenses will be available yet or if these is just a roadmap announcement).

2) The NEX-FF is confirmed(!).  It is a pure NEX shape with more ergonomic grip. It is probably the most close guarded secret right now as so much development has gone into it. A source told me that it is some different from what you might expect. The project was near cancel several time and revived! Question left to answer: Announcement and specs (end 2013 or very early 2014?).

3) A-mount future: It’s moving more towards the PRO market and mirrorless tech. And Early 2014 is the most likely date to see the new generation APS-C and FF A-mount cameras. Questions left: Specs and final announcement date. New lenses coming too (at leats four within the next  six months).

5) You remember the mistake made by one of my sources saying the A3000 has in Body IS and another source saying it has a higher resolution EVF? They read wrong data in the Sony menu-manual. Even that was actually not a mistake…these are the data from another camera that Sony put by mistake on menu ;)

If sources are reading this and can help me to get some answer contact me anonymously by using the contact form you see on the very right of your browser. You can also contact me directly at sonyalpharumors@gmail.com.

And that time I can prove what I am writing here. I got two pics confirming that the info I am sharing to you is correct. Sony did change the roadmap more than I thought and there are more surprises than expected. And suddenly everything makes a lot of sense (all the NEX-7 successor confusion, the firmware delay, the NEX-FF rumors, the A–mount mirrorless…. I really had one of the best days ever on SAR :)

I will share these pics with sources to discuss the details. Give me 3-4 days only to sort out some of the questions left. I will definitely post what I got after the QX camera announcement on Tuesday. And what you will see…I bet there will be more than 1,000 comments :)  Tomorrow I will give you a hint about one of the cameras that not only Sony but also Canon, Nikon and Pentax lens owners will be veeery happy to own (and still use their lenses!).

The long rumored 85mm f/1.8 just got leaked at Xitek? UPDATE_3: Trusted sources checked the image again. The image is close to the real lens but not the final production version. This will not be the final lens design!

I remind you to read the previous post. Astonishing rumors to be published soon on SAR! For the first time I have the feeling Sony has the chance to catch up with Nikon and Canon! And tell all Nikon-Canon-Pentax lens owners that they can use this 85mm Zeiss lens and their G-K or EF lens on the same camera…With AF!

RX cameras are very popular among photographers and photography sites. It’s not a surprise to see that the RX100MII is the most sold Sony camera at Amazon (Click here to see the ranking). And the cheapest RX camera is the RX100 for $538 at [shoplink 20682 ebay]BigValue eBay (Click here)[/shoplink].

Today you have a whole bunch of new reviews to read! Here is the list:

Forbes (Click here) posted an article about the RX100 and writes:

Even after a year, there is simply nothing else out there that offers the unique combination of tiny size, brilliant resolution, and responsiveness that the RX100 offers.

Hard to find any negative comments! :)

UPDATED: This is the first picture of “FDR-AX1” 4K Camcorder.

Something else: I got this rumor from an Asian source:

(SR1-SR2) Mid-frame camera (???)
This is a strange rumor I got. You may help me out on this. The anonymous (and unknown) source told me that:
“maybe there will be a mid-frame camera coming key word “box””
You may tell me what he means with that? UPDATE: Maybe he means Medium Format camera (or digital back).

For German readers: Gold Box deal on the A99: http://www.dealsrunner.com/deals/sony-a99-body–4