A few weeks ago Sony asked me if I wanted to do a quick test run with the -at that time- unannounced Sony A7R4. I was pleasantly surprised as I (and I am sure many others) expected the A7S3 to come out first. I obviously agreed and was excited to test the new camera as one of the first in the world. I was only able to test the camera for about 2.5 days so I can’t go too much in depth. This article is about my first impressions and you can expect my full review when I have the camera for a few months.

Note that at the time of writing this article, I was only able to shoot in JPG with the camera. There is currently no software to process the RAW files. So all of the images you see in this article are shot in JPG and some are slightly edited (contrast adjustment, slight color adjustments), cropped and/or straightened.

For better quality images, check the gallery at the end of this article.

First things first: this camera is from the R series. R meaning resolution, it comes without a doubt that the new R4 is the next step in resolution: it comes with a 61 megapixel sensor which is the biggest megapixel sensor for full frame on the market. It’s about 50% more megapixel than the A7RIII which is a huge increase. I’m sure all the trolls will start streaming ‘Who needs 61 megapixel anyway!?’ But in these times, a lot of people, including me, really benefit from a higher resolution. I often sell licenses of images for billboards and the bigger the megapixel count really helps with the quality here. Bigger megapixel also means you can crop an image much more and still get great quality. 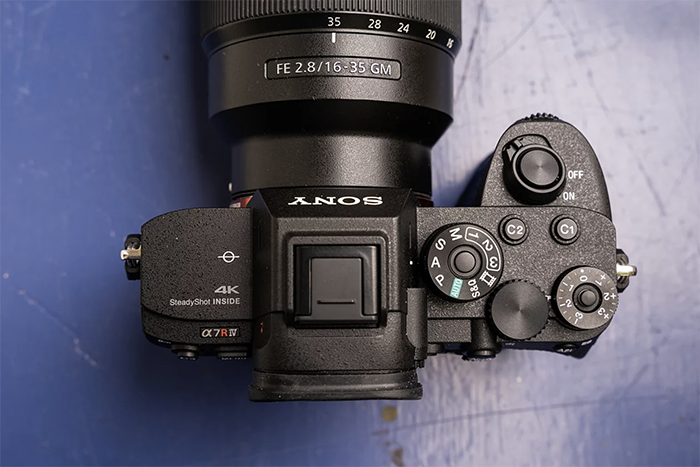 The Sony A7R4 top view with the gentle naming of the camera. On the front of the camera there is still the simple ‘A7R’ which made it easier for me to walk around with this camera in camouflage mode when testing it before it was announced.

The second big change is that Sony tweaked the body yet again. Sony listened to the ‘complaints’ online and made a body that is a bit similar to the R3, but changed some buttons, put more protection and the whole thing just feels better. 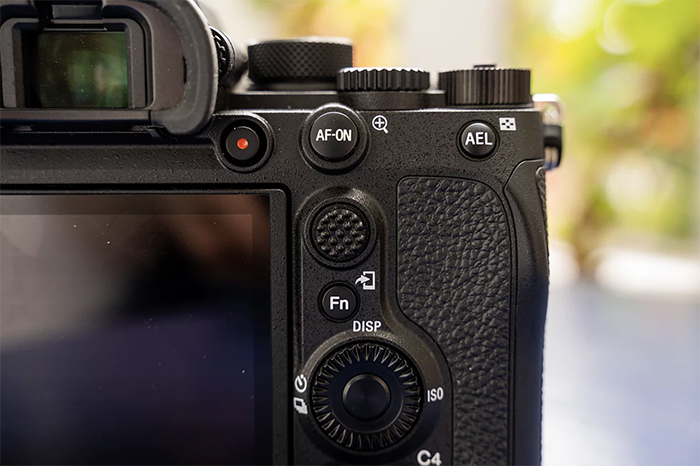 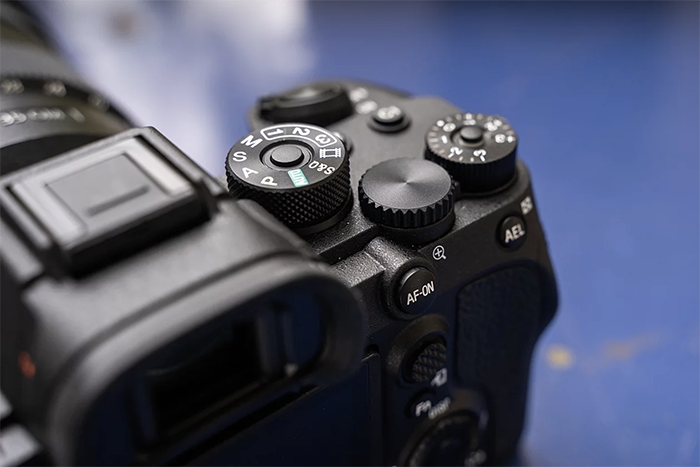 Sony also changed the battery compartment door. They had probably seen the ‘water torture test’ where the Sony showed weakness at the bottom of the camera, mainly at the battery compartment closure. So, this has been fixed! I didn’t torture the camera with water myself to try it out though (although I did use it for some seascapes), but it looks a lot better than the R3. 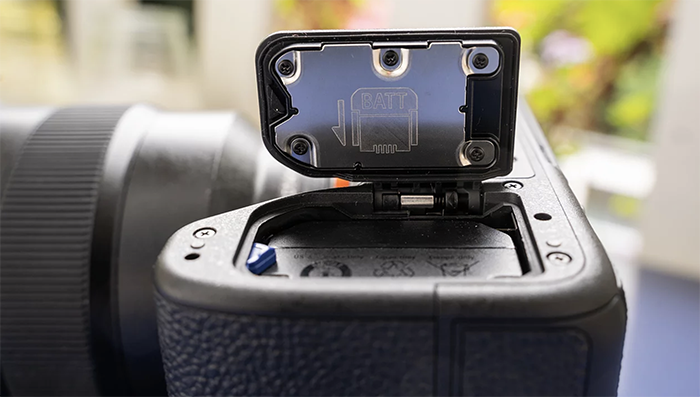 The new battery door at the bottom of the camera

The grip has also improved. It’s just a tiny bit bigger and feels better in my hand. This was important for a lot of people and Sony really listed to ‘the internet’ and made a lot of nice changed to the body. However, the whole look of the camera is not too much different. 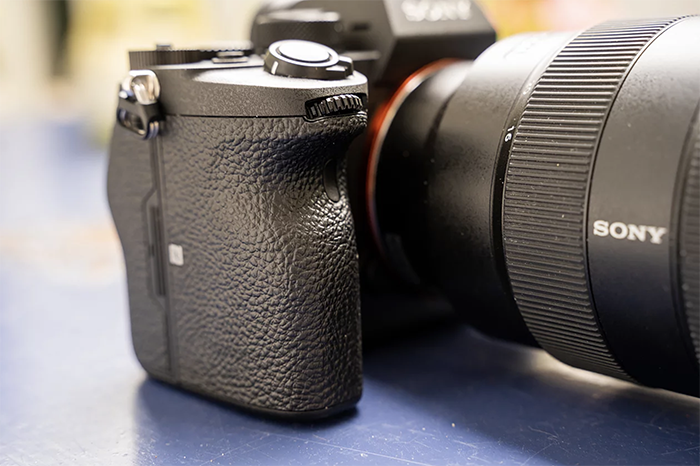 Inside, the whole A7R4 is basically an upgraded A7R3 (which was already an amazing camera). It has more megapixel, better and faster autofocus and it’s about the same speed (data saving etc, but you do need a fast card) as the A7R3 which is quite incredible considering the large files. Let’s take a look at the specs:

And if you didn’t read it properly: Yes, the EVF also got a nice resolution increase :)

When we go into the menu we see mostly the same. Apart from some new and improved functions the menu feels like home for people who are familiar with the Sony cameras. Sony did improve the setup of the custom buttons. You now see pictures of where the buttons are located. 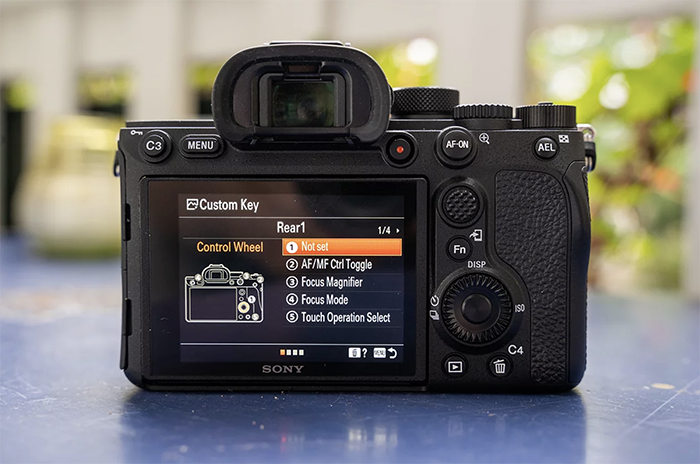 When setting up custom keys, Sony implemented a new design.

An interesting function is the new Pixel Shift function which now has a 16-shot function. This can be used to create a file with a huge resolution of 240 megapixels, mainly for still objects. I didn’t get to try this function yet as I have no software to combine the 16 files it creates. I also can’t really comment that much about the dynamic range and the higher ISO performance as I can’t check my RAW files yet. 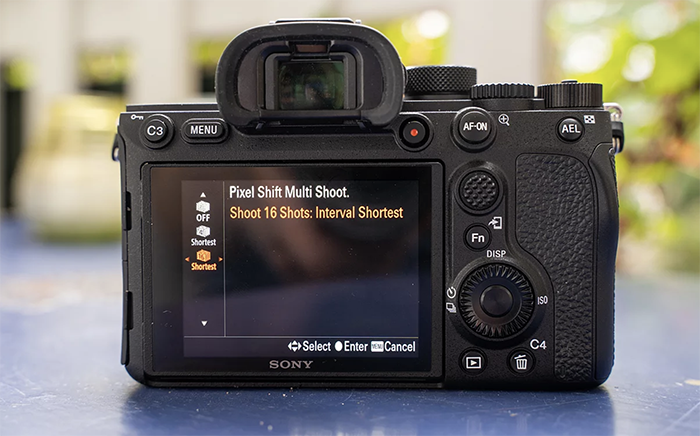 The new pixel shift function allows to take 16 short and outputs a file (that you have to combine in post) at a massive resolution.

Regarding the autofocus: it now has 567 AF points on the sensor. What’s very cool about this is that you use AFC-Crop mode, which still gives you a 26 megapixel image, you get full AF coverage over the sensor. This should be amazing for shooting things like birds.

During the short time I had the camera I took it out to shoot a number of subjects in the Netherlands. I shot some seascapes, cityscapes, nature, macro, architecture etc. I basically felt right at home as it was just like my main workhorse the A7R3, but better. I only used G-Master lenses: the 16-35GM, 24GM and 100-400GM mainly. When I look at the files they look sharp and crisp at 100% crop at 61 megapixel, just like you would expect. It’s obvious that these lenses were designed for the higher megapixel count.

The weekend I had the camera the weather wasn’t ‘great’. Perfect weather for the beach with some dramatic clouds. 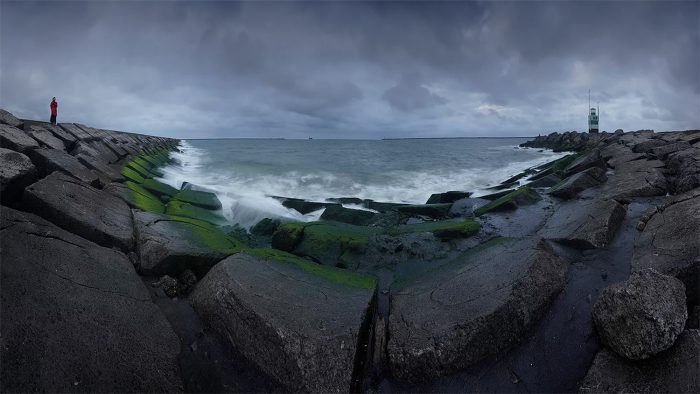 Panorama of IJmuiden Pier in the Netherlands. Can you spot my camera bag? 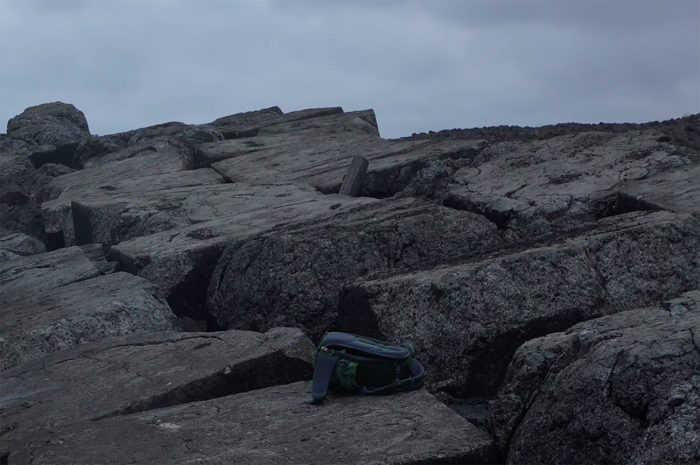 100% crop of the area on the right where you can see my camera bag. 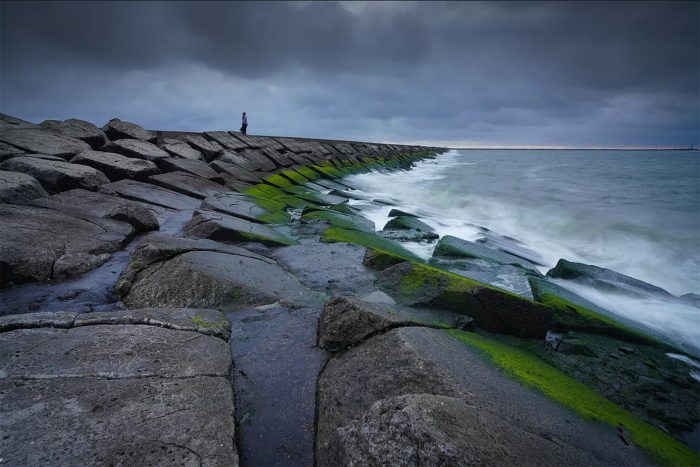 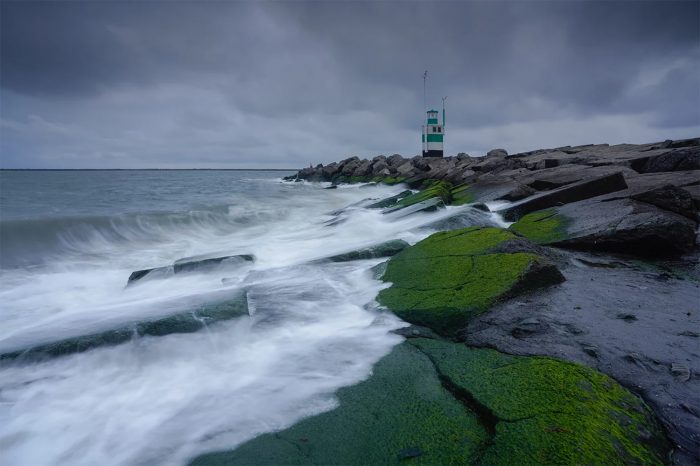 Of course I couldn’t resist photographing some windmills with the new toy: 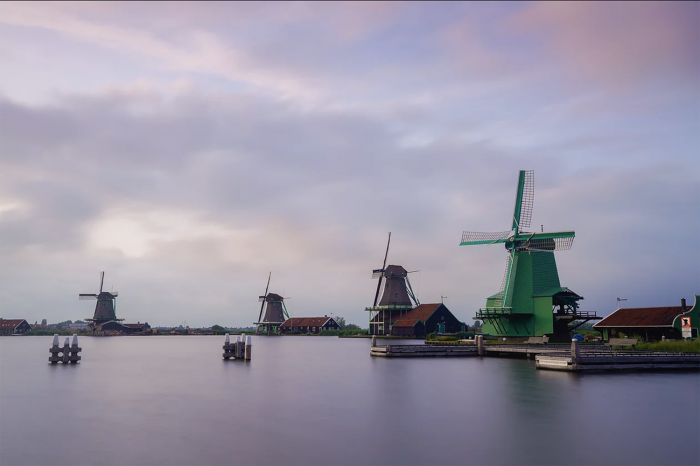 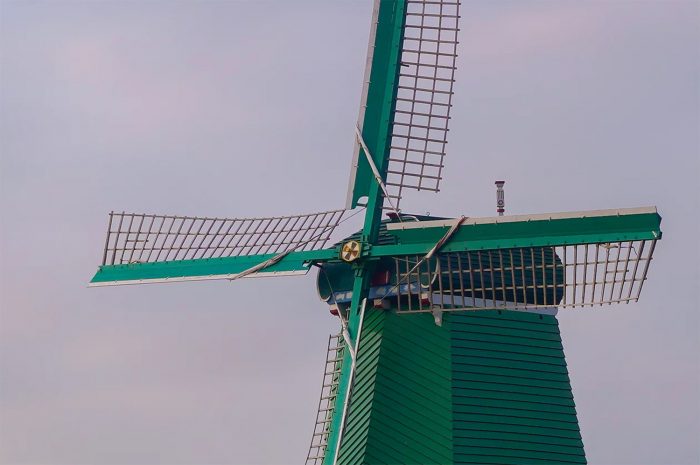 100% crop of windmill blades detail of above image. 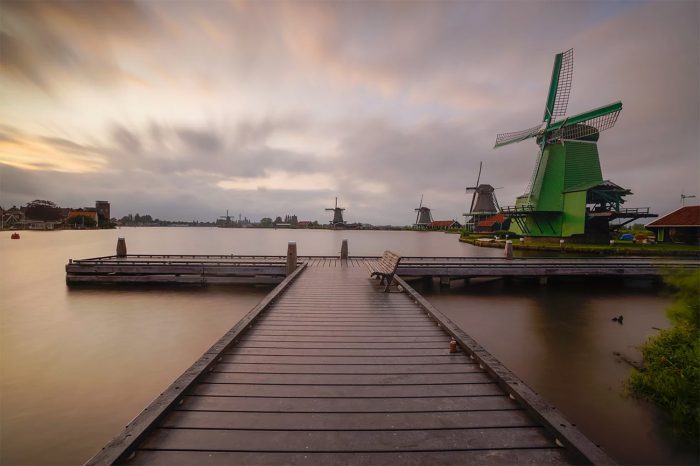 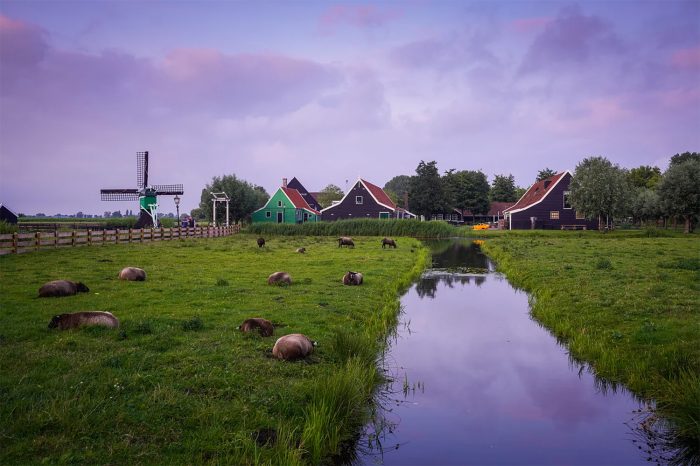 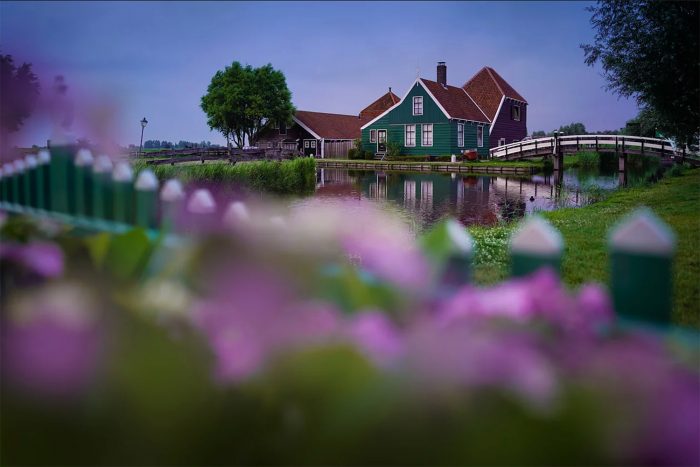 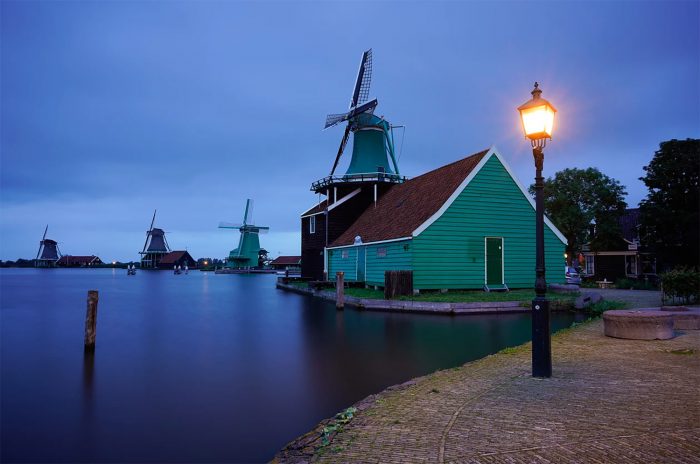 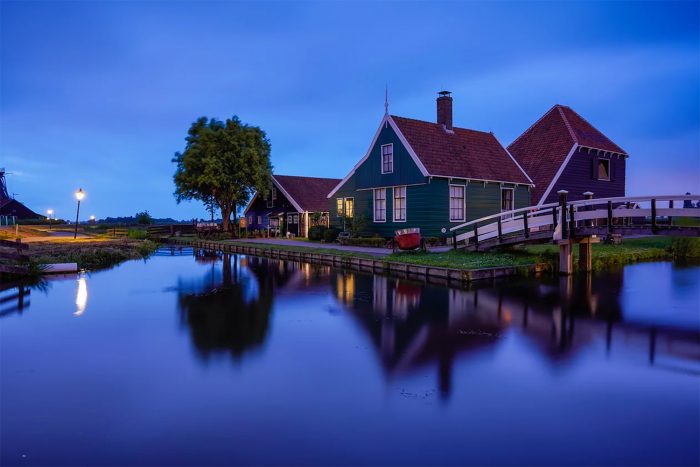 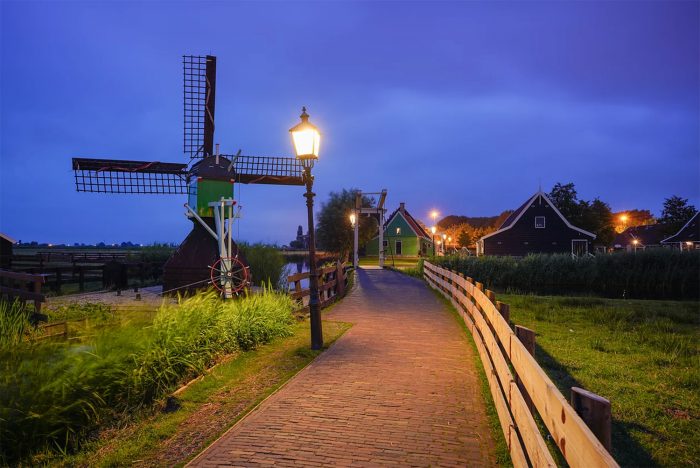 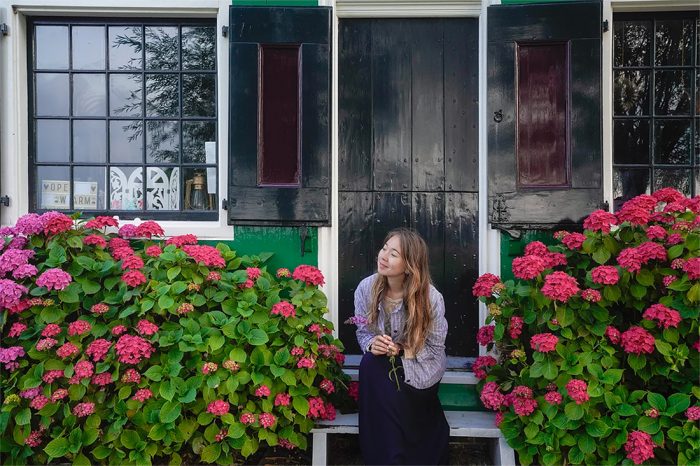 Picture of my girlfriend sitting in front of a house. 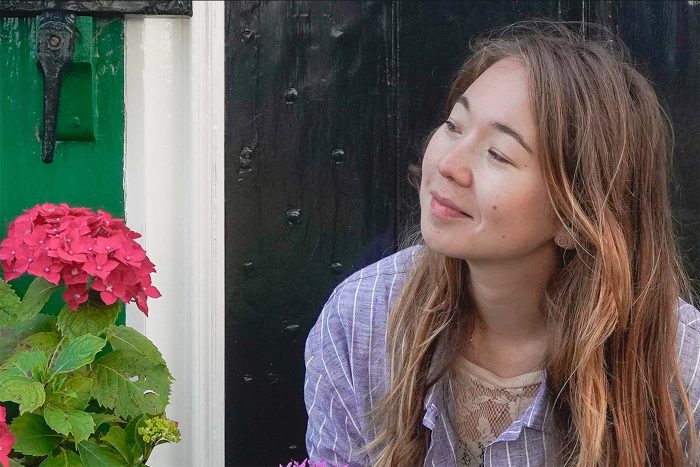 100% crop of the above image.
I visited the south of the country for some more seascapes, windmills and nature. Note that I just returned from Chile the previous day where I photographed some amazing landscapes. But being back home and shooting the Dutch landscapes never gets boring!

As can be seen in all of the above images, this camera is all about detail. It’s (a little bit) bigger, stronger and simply better than the A7R3.

To sum things up:

This camera is about detail and does that very well with the new 61 Megapixel sensor
Newly designed body, better grip and more protection
Better and faster autofocus than the a7r3. More AF (567) points
26 Megapixel in AFC-crop mode with full autofocus coverage on the sensor
Higher resolution EVF, 5.76 million dots
A bunch of new menu changes to make the menu better
New pixel shift function with 16 images for huge 240 mp resolution files
Price is 3500 USD, to be released in September
‘older’ Sony cameras like the A7R3 might get interesting price drop

It’s too bad I had to return the camera. After having used it for only 2.5 days I am already getting used to the resolution and I simply can’t wait to upgrade my current A7R3 to the 4!

Feel free to ask me anything in here.