Luminous Landscape tested the camera and explained why it has a “fake” 60i: “in brief, what’s going on is that the AVCHD standard doesn’t include 30P, but it does include 60i. Most Sony’s AVCHD cameras (including the VG10) capture 30P, but make it appear to other devices as 60i. Most non-linear editors, such as Final Cut, figure this out by themselves, and when you check the Info screen will confirm that the footage is 30P.“.
Luminous Landscape also talked about the missing 24p feature: “I asked the question of why 24P is missing of Sony’s marketing people and didn’t get a satisfactory answer. No Sony camcorders below their pro and semi-pro models have 24P. Many prosumer cameras from Canon, Panasonic and others do offer 24P, so it seems that this is simply a market segmentation strategy on Sony’s part. High-end cameras get it, lower end cameras don’t. Which means that in Sony’s marketing mind the VG10 is a low-end camera.”

A Sony NEX-VG10 First Look Review has been posted at Digitalcamerareview and at Sonyinsider.

Alister Chpaman tested the NEX-VG10 and makes RAW files available for download! He is also sure that “this camera will be popular with those that are seeking the filmic look.”

Click on the shop name to preorder the Sony NEX-VG10:
Amazon US
BHphoto
Amazon Dutschland 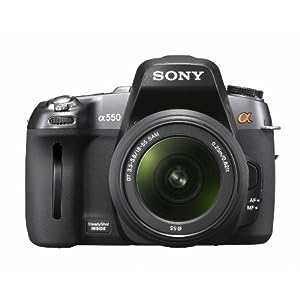 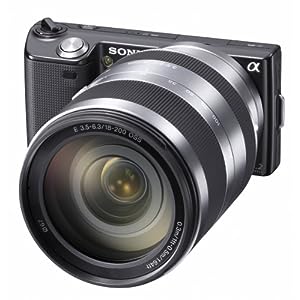 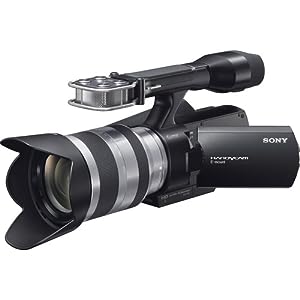 The Sony Handycam NEX VG10 is now available for pre-order at different stores. Click at the store name to directly jump to the product page:
Amazon US

The camera will be available in October!

I really didn’t know that Voigtländer made a Leica M to Sony E-mount adapter! I have been surprised when one of our readers (Thanks Joseph!) sent us the link to the adapter on eBay: Voigtlaender M-mount to E-mount adpater on eBay (click here)

(it is probably the most expensive adapter I have ever seen!)

UPDATE: Here the link to the official Cosina website: http://www.cosina.co.jp/seihin/voigt/acce/adapter/e-vm.html 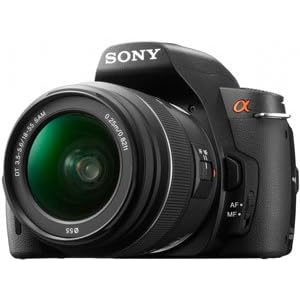 May you have forgotten that Sony launched two new Alpha models :)