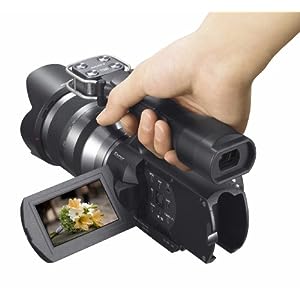 According to two new sources Sony is almost ready to launch the new Sony NEX-VG camera. It has more advanced controls and XLR audio entries. Reminder: Sony should announce the new NEX and camcorders in April (April 4?).

UPDATE: Another known source contacted us and said: “It will not be called VG-20. It will be announced at NAB. It will be a model offered by the pro video division. The XLR’s will be just a little box added to the original, consumer, version. At NAB will also be shown the new NXCAMs, etc. Sony is making a major push to cover Super 35 frame size, for filmmaking, to counteract RED and also Canon DSLR’s with HD function, also Panasonic’s advancements. Major Sony’s move is FF (in film terms), 4K, 3D, on the video front. I told you a long time ago that Sony will be dropping DSLR’s and this is exactly what is happening on the still camera front.” (Editor’s note: The source means that Sony will no more make cameras with optical viewfinders).

Check out the specs and price of the current NEX-VG10 at [shopcountry 3058].