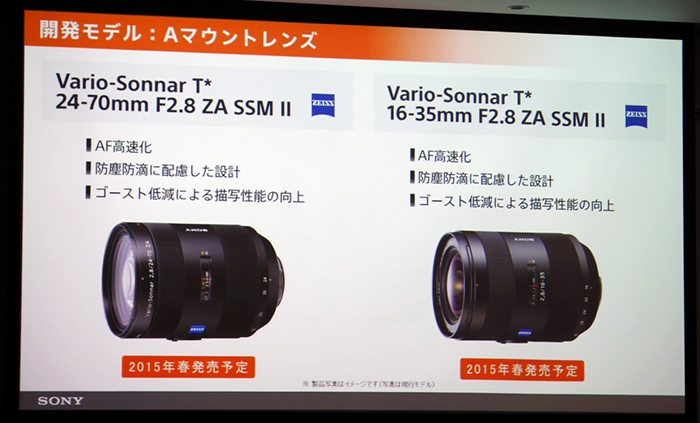 Time to make a clear roundup of the CP+ rumors. The show will start on February 12 and the Sony press conference is scheduled for February 13. There is some smoke and some fire on the rumors front:

The smoke:
So far I got no 100% confirmation from trusted sources about a camera announcement at CP+. They spilled out some info on the A7000, A7rII and so on but always stressed me to say that announcement date is unclear. Knowing the recent Sony history it may be possible that Sony will focus on the FE lens announcement at CP+ and announce the cameras 1-2 months later just like it happened at Photokina and with the A7II.
1) There is a cat and mouse game with Canon on the High megapixel camera. So maybe Sony wants to see what Canon brings out first…
2) New 4K cameras may be announced at NAB in April. A show that suits better for that kind of tech.
3) I got absolutely ZERO rumors about possible new A-mount cameras coming at CP+….

So let’s hope that Sony is just hiding their cards like they did with the A7s and A7II…we want the A7rII and A7000 as soon as it gets Sony! :)