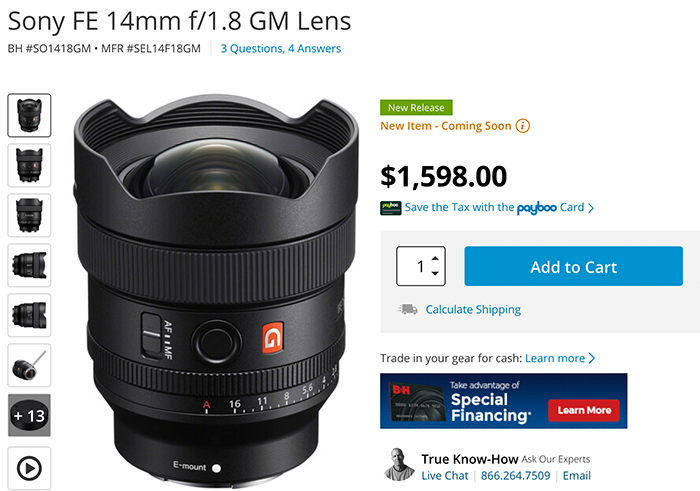 Overall, there are mostly good things to say about the Sony FE 14mm f/1.8 GM, with very few drawbacks and downsides. The lack of a front filter thread or optional large lens hood with a filter thread are the only negative things I have to say about the lens, and even that is pushing it. Would it be nice if it could focus slightly closer? Sure, but there’s little use case for that. Is 14mm a niche focal length? Absolutely, but that’s not a knock on the lens itself.
The lens is a fantastic ultra-wide prime that exhibits great sharpness and impressive control over aberrations. In addition to performing better than the Sigma 14mm f/1.8 DG HSM Art lens, the Sony 14mm f/1.8 GM is smaller, significantly lighter and similarly priced. If you own a full-frame Sony mirrorless camera and you want or need a fast ultra-wide lens, the Sony 14mm f/1.8 GM is the lens for you.
Of course, you give up some versatility in exchange for that fast aperture. If you want a wide-angle G Master lens with some flexibility, the 12-24mm f/2.8 GM zoom is a great choice. If you want to use front filters, the 16-35mm f/2.8 GM is another outstanding option. What if you don’t need a fast aperture but still want ultra-wide focal lengths? The 12-24mm f/4 G is a great lens for about the same price as the 14mm f/1.8 GM. But if you really want the f/1.8 maximum aperture, the Sony 14mm f/1.8 GM is a fantastic option. It’s a stellar lens.