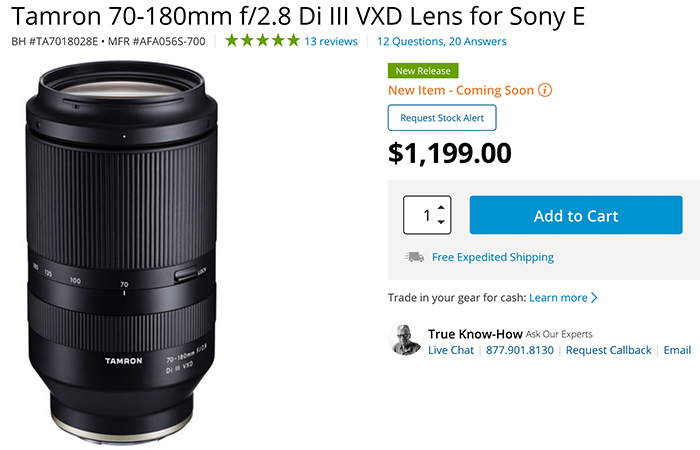 While we have seen similar lenses from Canon, the Tamron 70-180mm f/2.8 Di III VXD is a refreshingly different approach to a fast tele zoom lens in Sony E-mount. With activated image auto-correction, it is capable of producing beautiful results. It’s very sharp across the image frame in the lower to mid-range and at least the center sharpness is very impressive at 180mm. Image distortions are nicely corrected and there’s just a tad of vignetting at f/2.8 in this case. Lateral CAs are also well controlled. Some flaws become obvious with deactivated auto-correction – namely high distortions and vignetting towards the long end but then few users are probably still using uncorrected images these days. The quality of the bokeh is typical for many lenses in this class. Out-of-focus highlights can be a bit busy and the foreground blur is not ideal. So when it comes to bokeh, primes lenses still rule the neighborhood. That being said – the Tamron lens is one of the very few lenses producing minimal bokeh fringing (LoCAs).
The build quality is on a very decent level. Typical for Tamron lenses, there’s an emphasis on low weight rather than (supposedly) super-tough materials – they are using plastics except for the lens mount. That’s not necessarily a bad thing though – also because it’s a really precisely assembled lens with no wobbly parts even in a fully extended zoom position. Tamron implemented some sealing against moisture but there’s no statement about dust protection. If you are expecting a dedicated tripod mount and some switches on the lens – don’t. There’s a transport lock but that’s about it. The AF/MF has to be set on the camera and there’s no image stabilizer. The Tamron is not a super-tele so the in-camera IS should usually be “good enough”. Generally, we don’t see any issue with these simplifications.

Overall it’s awesome to see that such lenses can be relatively compact and light-weight – and affordable, too. Kudos to Tamron for providing such an interesting lens. Highly recommended! 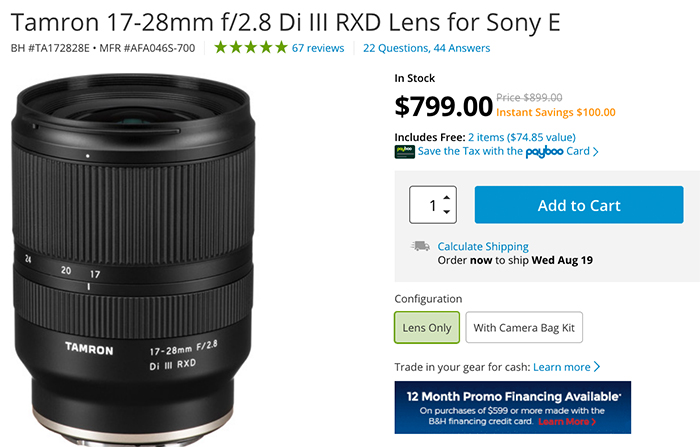 The Tamron 17-28mm f/2.8 Di III RXD delivers a quite convincing performance with just a few caveats. Considering its ultra-wide character, it’s pretty sharp where it counts the most – the wider settings. The center quality is great and the borders/corners also on a comparatively high level between 17mm and 21mm. Many ultra-wide zoom lenses struggle a bit at their “long” end and the Tamron is no exception in this respect. While the results are good from f/5.6, the outer image field could be better at larger aperture settings here. The native distortion characteristic is very decent for such a lens and there’s nothing to worry about with image auto-correction. The vignetting figures are roughly in line with other lenses in this class. Reads: there’s some hefty vignetting at f/2.8 in RAW images. Auto-correction eases this is a bit but, a bit surprisingly, Tamron chose a non-aggressive correction profile here so you may still be able to spot some light falloff depending on the shooting conditions. The bokeh has its pros and cons. Out-of-focus highlights are comparatively nicely rendered whereas the overall rendition can be a bit harsh.

Overall, the Tamron 17-28mm f/2.8 Di III RXD is a solid performer. It doesn’t excel in any criteria but it does the job and, possibly more important than that, it does so for a reasonable price. 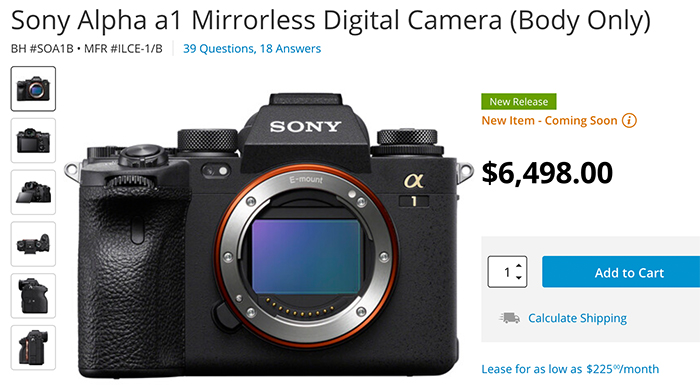 PhotonstoPhotos tested the A1 dynamic range performance. And here are new video reviews: 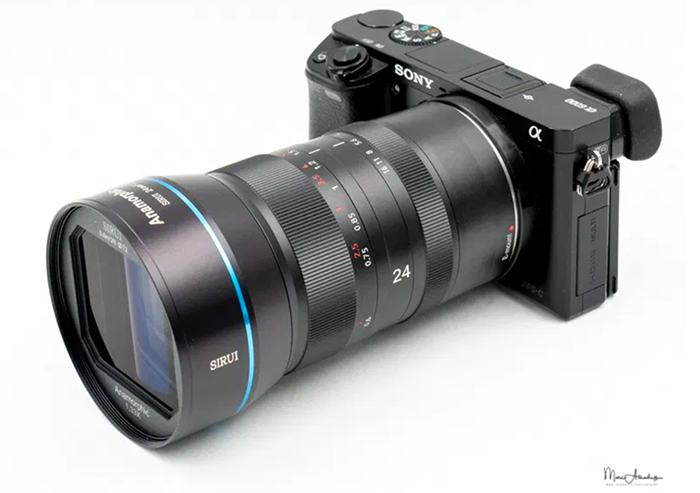 Game Set and Match for Sony! This is the best mirrorless camera on the market. The only real issue here is the big price :( 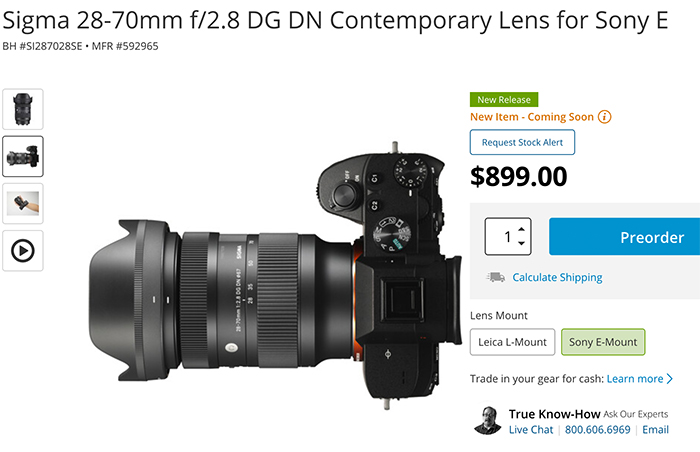 The Sigma 28-70 F2.8 DG DN Contemporary (849 euros) is an excellent pro zoom for Sony full frame cameras. In most area it is equal to the Sigma 24-70mm F2.8 DG DN Art (1200 euros) for a much more compact size and reduced price. It even does better in term of sharpness at the short end and in term of flare resistance.
The Sigma 24-70mm F2.8 DG DN Art keep the edge for sharpness at 50-70mm and for the extra 4mm at the wide end that will be required for landscape shooters.
Compared to the Tamron 28-75mm F2.8 Di III RXD (750 euros) , the Sigma 28-70 F2.8 DG DN is sharper, has better background blur, better portrait rendering, better build quality and ergonomics in a little bit smaller size , lighter weight for 150 euros more only 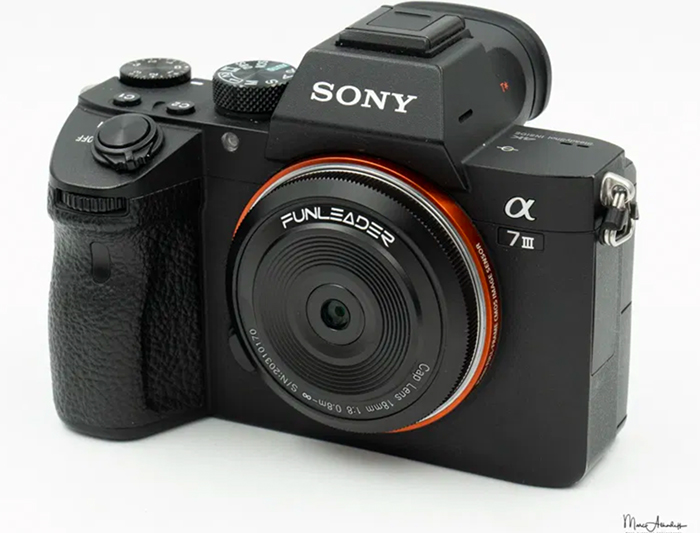 The Funleader Caplens 18mm F8 (149$) is an toy lens : as small as a body cap and without any controls (no focusing ring and no aperture controls). Its price is a little bit high for such a lens but quality is there with good sharpness , no color shift , good vintage colors
Compared to 7Artisans 18mm F6.3, Thingyfy Pinhole Pro S that fall in the same category it is much more usable on a day to day and is fun to use