Dpreview updated the Sony A9 review and score:

We’ve spent some time shooting with the updated a9 in a variety of situations, and have previously written and in-depth look into what the new AF system brings. After further testing, we’ve re-scored the a9 with the boosted autofocus in mind, and it brings the score up to 90% (from 89%). This makes the a9 the highest-scoring camera in its class, out-ranking the Nikon D5 and Canon EOS-1D X II.

The increased score reflects the precision of the updated a9’s subject tracking system, as well as its ease-of-use that makes it valuable for nearly all types of photography. Click ‘Read our review’ above to jump to our full review (originally published in 2017), and read on for a description of the new real-time tracking mode, with some examples and videos of the system in use.

And SankeiBiz wrote a piece about the Canon-Nikon-Sony battle for the Olympics. The google translated text says:

The battle for the share of the news camera, which attracts attention every time the Olympics, is gradually rising. In the battle of the two big giants Canon / Nikon, also known as the “Black and White Showdown”, this time the mirrorless one-eyed male Sony, who will introduce a telephoto lens based on the black and white “Zebra” color, is about to enter and the trend is also here Can not release.
The history of “black and white confrontation” is old, and the late-night Canon shows its best in the 1980s, while Nikon, who has taken the seat of the camera in the 1950s Tokyo Olympics Erode. Although the two companies’ shares have reached antagonism, the decisive change occurred at the Athens Olympics where the use of digital single-lens reflex cameras in 2004 began in earnest. Canon overwhelmed Nikon by the introduction of digital single-lens reflex camera “EOS-1D Mark II”. Since then, Nikon has been reviving, but according to industry officials, Canon is leading with the latest share of around 6 to 4 to 7 to 3.
Sony is trying to enter this fierce battle. In addition to being able to reduce the size and weight because no mirror is required, the mirrorless one eye also features no shutter sound. In the field of sports photography, he exerts great power in golf.
In the Olympics, the number of coverage passes is limited, and there is also a circumstance that “Canon cameras that have long been associated with media companies and Nikon cameras have priority”. It seems that it will be too soon for the camera competition of the Olympics to become a “three-odd” that Sony has joined, but I would like to pay attention to whether the Tokyo Olympics and Paralympic Games will be the footsteps for that. 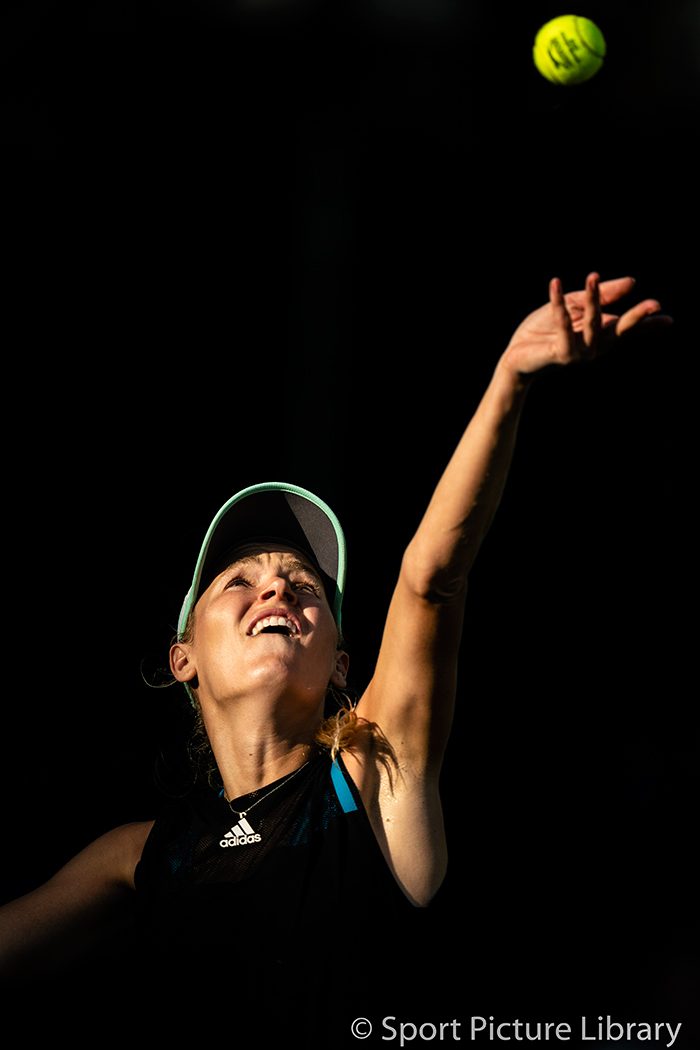 And professional Sports Photographer Nick Walker recently switched to the Sony A9. These are his impressions:

Sony A9 experience – the finest AF system I have used. Struggling to find images that are not tack sharp. The Sony 400mm F/2.8 and 70-200mm F/2.8 are both optically ‘superb’ with high resolution, contrast and very fast AF systems.

The beauty of the Sony A9’s system is the freedom to automatically track a subject’s eye(s), or face, accurately across 80% of the frame and solely concentrate on composition, with no or little cropping, so liberating, something that cannot be said of a 35mm DSLR’s AF system which only covers approx 40% of the frame.

The ability to capture images without disturbing an athlete, when you can hear a pin drop, opens up new photo opportunities.

I have covered professional sport since 1992, during this time owned many flagship cameras and pro lenses (14mm – 600mm).

I feel that I am qualified to say that the A9 has no peers when it comes to AF as I have been privileged to collaborate with other leading companies, testing DSLR prototype devices and providing feedback on AF systems.

Shortly before the 2012 Olympics I set up a comprehensive AF testing session at an athletics track with one company to try and iron-out AF issues with a newly released camera – a subsequent AF tracking only firmware upgrade greatly improved the camera in question.