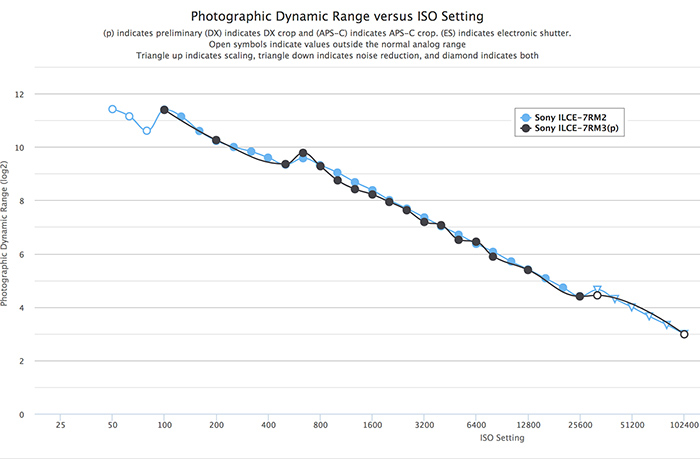 Photonstophotos.net posted this chart based on estimated (Not actual measured”) Dynamic Range. I saw in the past that those estimations can be very off. So I wouldn’t read too much into it. Som why did I post this now? because this chart being shown on many website and I wanted to make it clear that is yet NOT the measured Dynamic Range.

Sony said that at low ISO the new A7rIII will be around 1 stop better than the A7rII. The chart above shows no such improvements. But my bet is on Sony and that actual measurements will show this improvement at Low ISO.