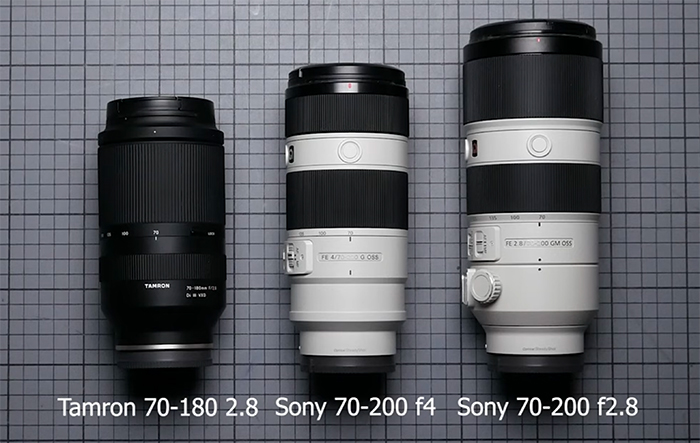 The German youtuber Krolop&Gerst posted the worlds first review of the new Tamron 70-180mm f/2.8 FE lens. The most important news first: Tamron told them the price will be “around 1.200 Euros” which is less than half the price of the Sony 70-200mm GM. Moreover the Tamron weights 815g only compared to the 1480g from the Sony.

The Tamron advantages:
– The Tamron is sharped in the corners
– The Tamron seems to have a better light transmission (1/3 stop faster in terms of real world t-stop)
– It focuses close 85cm vs 96cm
– The Tamron is a lot cheaperSAR
– The Tamron is lighter
– The new autofocus system works very fast in both stills and video mode

The reviewers conclusion is that the Tamron offers the same (if not a tiny bit better) optical performance than the Sony. Ad unless you need those Sony extras like extra 20mm reach, buttons and so forth the Tamron is definitely the best choice.