Base image via CameraSize with Sigma lens addition from me:
Sigma 12-24mm on the left, Sony 12-24mm and Nikon 12-24mm on the right (The Nikon is quite an old lens)

Let’s focus on the new 12-24mm FE G lens. Specs and image samples can be found at Sony.net. Helpful hands-on videos of this lens by Max Yuryev and Dan Watson.

Curiosities:
– The lens weights half as much as the Sigma 12-24mm or Canon 11-24mm lens! And MTF graph is on par with the Sigma…promising!
– It is only priced $100 more than the Sigma. This is just to say that unusual for Sony pricing seems to be fair in this case :)
– Just like the new 16-35mm GM also the 12-24mm lens has a new fly by wire focus mechanism
– In first testings this lens is surprisingly resistant to flare. Unusual for such a wide angle zoom. 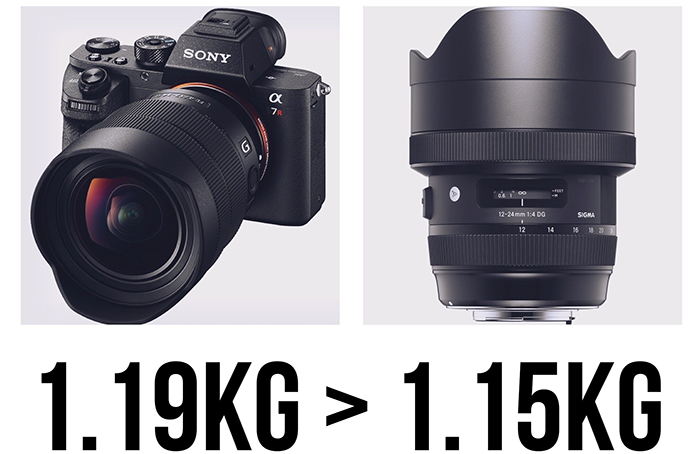 And here is the comparison with the Canon 11-24mm lens which costs $2,700 and weights twice as much. At last we can say Sony is cheap compared to a Canon lens :) 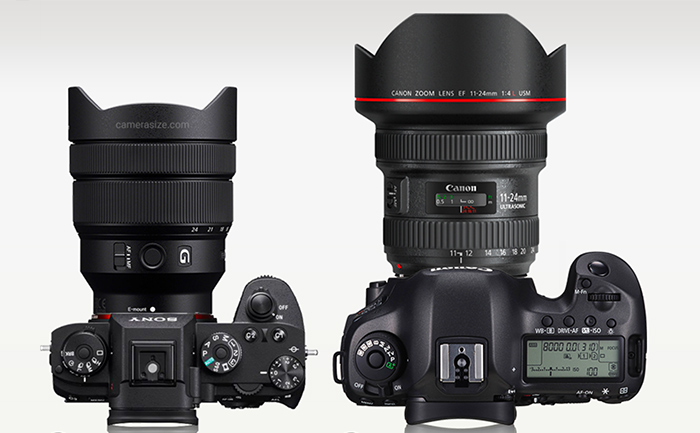