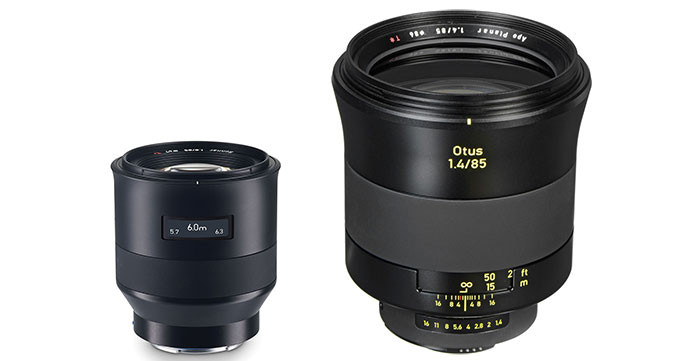 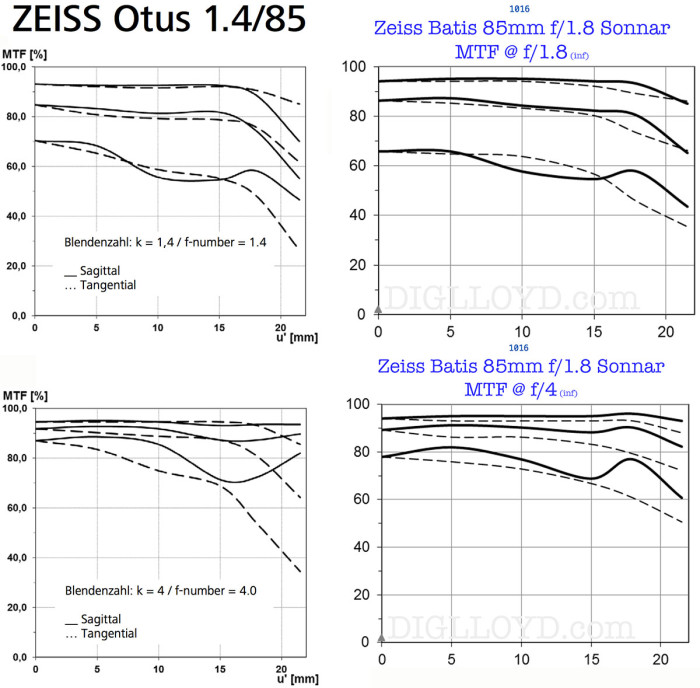 While the MTF performance is very close the Zeiss Otus still has the advantage of being faster (f/1.4 vs f/1.8) and it has less distortion. See the MTF and Distortion files here:
Zeiss Otus at Zeiss.de
Zeiss Batis at Diglloyd.

As our reader Seeky stated it relly looks like the 85mm Batis is a sort of mini-Otus!