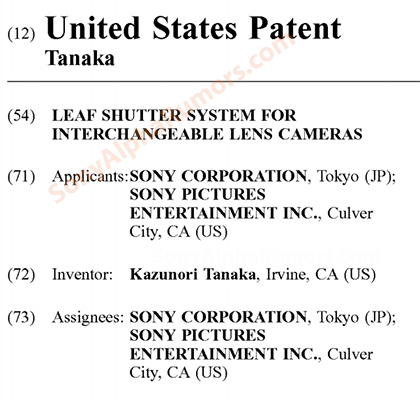 This is quite unexpected: Sony is working on a leaf shutter system for interchangeable lenses. In this patent Sony writes: 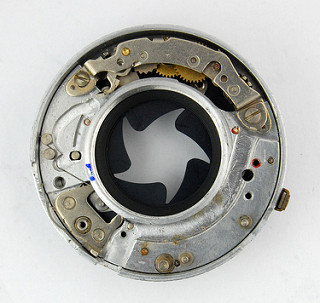 Image of a Leaf shutter via Camera-wiki.

The Sony RX1 line does use leaf shutter mechanism but the patent in question said that the new mechanism has been developed for interchangeable lenses. Maybe Sony will launch a new series of “silent” lens line for the E-mount or maybe this is for a new Sony medium format system camera. Don’t know if that is something SAR readers will really buy into…

These are the Pros and Cons listed by CameraPedia:

Pros
1) Leaf shutters can synchronize a flash at any available shutter speed.[1]
2) They are generally more compact and less noisy than focal plane shutters.
3) They do not distort the image of moving objects.

Cons
1) Leaf shutters are typically not capable of shutter speeds as high as modern focal plane shutters
2) Cameras using leaf shutters must either have a shutter in each lens, like the Hasselblad 500, or have the shutter in the camera body, which limits the range of possible focal lengths and the maximum aperture, like the Paxette.