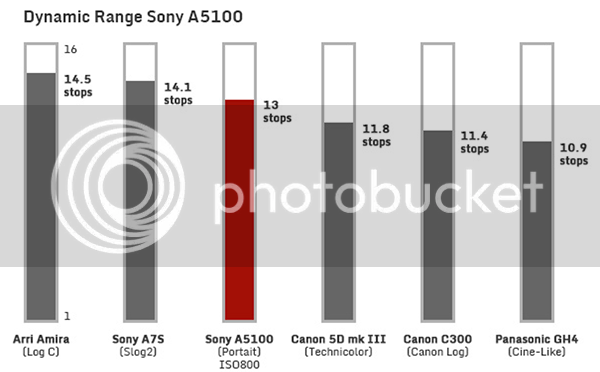 The newly announced Sony A5100 got lab-tested by the Cinema5D team. As you can see from the graph on top the dynamic range is impressive for an APS-C camera:

In terms of dynamic range the Sony A5100 surprises with the measured results and beats most other important cameras we tested, even more expensive ones. As mentioned above the subjective impression we have about dynamic range on the A5100 is lower than the software results and can’t compete with the Sony A7s. It also shines in rolling shutter performance. Overall it seems Sony has built its latest processing technology into this little mirrorless camera, providing good lowlight noise levels as well, which however we see nowhere close the A7s (not tested scientifically yet).