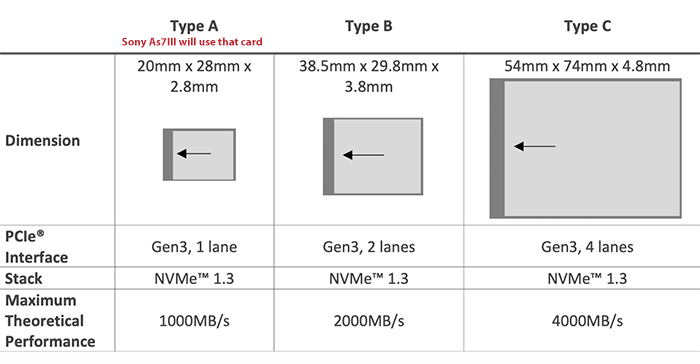 A couple of days ago I got an odd rumor about the A7sIII card slot types and finally today I got the definitive answer:

Nice solution form Sony! But the big question is: How much are those cards going to cost? Yet not a single of them is available on the market.