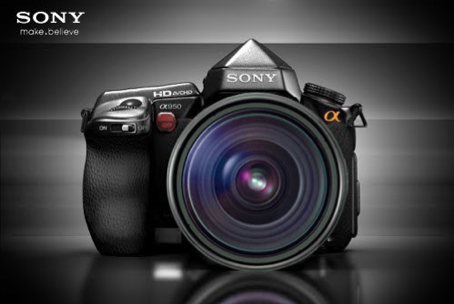 A rendering of the A950 from Tecnofotografia

According to SonyAlphaRumors sources the next A900

successor should be announced in a little bit more than one year. The A950 (tentative name) will be announced a few months after the new Nikon High-end camera which will use the same new high-resolution sensor (over 30 Megapixels!). I was told that Sony has two possible release dates. One by end 2011 and one by early 2012. Why two released dates? Because Sony still didn’t decide if the camera will be a classic DSLR or use the [shoplink 3617]translcuent technology[/shoplink]. They need feedback from photographers to understand if a translucent camera would be accepted from professionists.

So should we help them a little bit? Please answer only if you really want to buy the FF camera! Invite your friends to vote and comment the rumor…Sony is reading us!

One more thing:
One of my trusted sources sent me the link to an older A900

successor rumor written by wedding photographer Marc Williams. The source told me that Marc is very close to the real final A950 specs! Here is what Marc wrote: photo.net that “Sony is a late bloomer, and strong rumors indicate mind boggling innovations are on the horizon … notably a 35 meg camera with a top shutter speed of 1/12,000th and a true flash sync speed of 1/1000th.”

If you know something about the A950 please contact me at sonyalpharumors@gmail.com. Thanks!