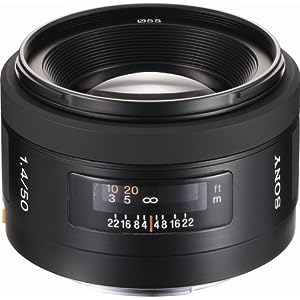 The past months I got different rumors about a new 50mm prime. Some sources said it’s a Zeiss, some a Sony, some said it’s f/1.2 and some said it’s f/1.4. I was puzzling a lot until I got it why the rumors were not matching. These are actually two different lenses! One is the already mentioned (on SAR) 50mm f/1.2 Zeiss SSM lens that should arrive along the A99. Another is the updated version of the current 50mm f/1.4 SAL lens. I don’t know when the last one is goint to be announced. I am still waiting before to upgrade this rumor to the “SR5″ level. I want to get some feedback from my very top sources. So be patient until I can give you some further details.

P.S.: What’s SR5 is that there will be more than one new Full Frame Alpha Lens in September (about time!).