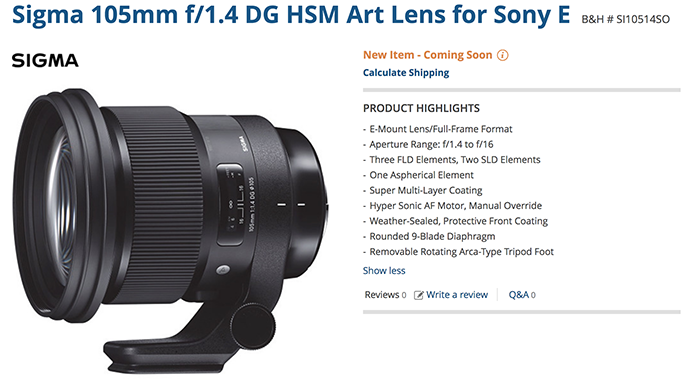 Sigma introduced the “Bokeh king”. This 105mm f/1.4 will be available for Sony E-mount too (it’s listed at BHphoto now). The lens is compatible with Sony’s Continuous AF, which would have not been possible by using the Sigma MC-11 adapter. That’s why this native E-mount version matters.

Nokishita reports the lens preorders will open on May 25th. The rumored price is just under $2,000.

Here are all the info about this lens:

Image on top shows the Canon mount version. Image of the Sony FE version has yet to be released.

With the introduction of the new 105mm F1.4 DG HSM | Art, SIGMA offers a total of nine lenses with F1.4 brightness, including six for full-frame cameras and three for APS-C cameras. SIGMA has designed all of these lenses to offer minimal optical aberration and deliver incredible resolution and stunning contrast. Boasting the longest focal length of the F1.4 Art line lenses, the new lens combines outstanding resolution with a beautiful bokeh effect. Designed with great care to ensure that both the in-focus and out-of-focus areas of the photograph are equally satisfying to the eye, this lens is truly a “bokeh master.” The SIGMA 105mm F1.4 DG HSM | Art has earned its place as the flagship of the F1.4 Art line lenses, prioritizing image quality above all to fulfill the promise of the line, delivering truly amazing optical performance. 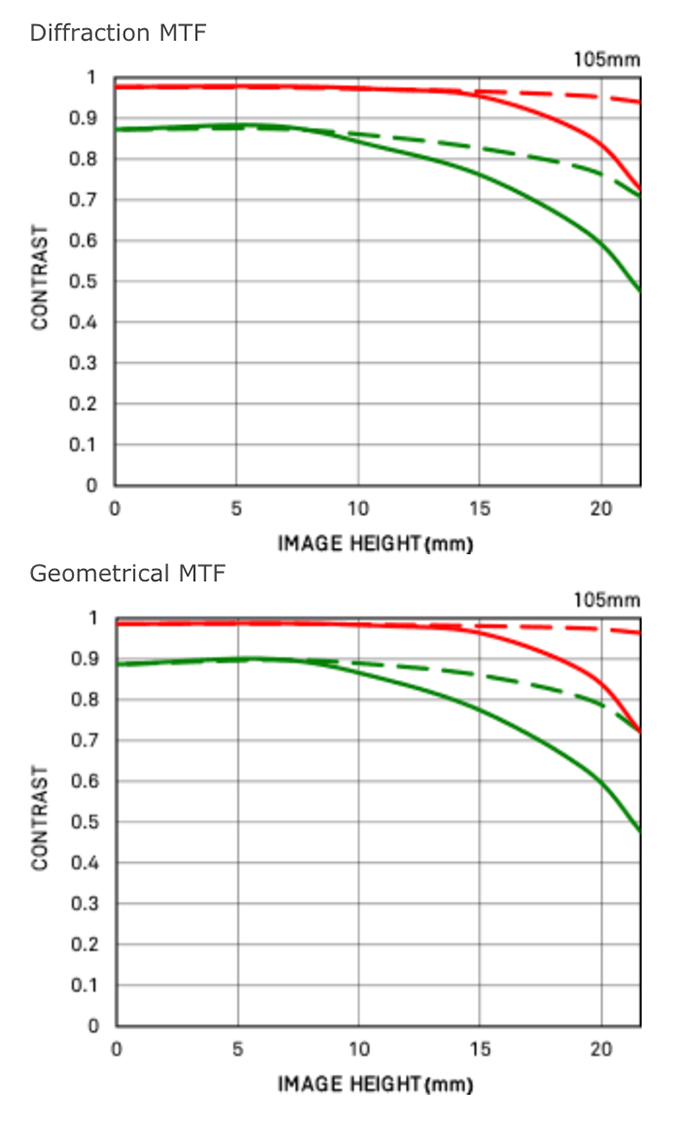 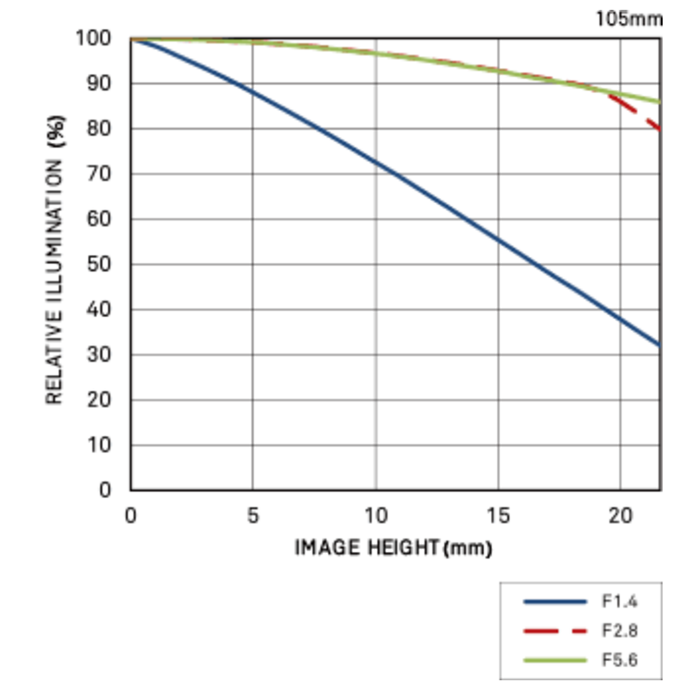 Exceptional peripheral brightness
The most effective method of ensuring ample light is to maximize the diameter of the first element of the optical system. With its large filter diameter of 105mm, the SIGMA 105mm F1.4 DG HSM | Art delivers a significantly greater volume of peripheral light than other lenses in its class. Minimizing vignetting while offering a beautiful bokeh effect, this lens is ideal for portrait photography.

Exclusive low-dispersion glass
The degree to which light is refracted by glass depends on the light’s wavelength. This fact causes different colors of light to focus at slightly different points. The result is chromatic aberration, the color fringing that is particularly noticeable in telephoto lenses. Most chromatic aberration can be removed by combining a high-refractivity convex lens element with a low-refractivity concave element. Yet residual chromatic aberration known as “secondary spectrum” may still remain. To minimize this secondary spectrum, which can be a serious issue with conventional lenses, SIGMA lenses feature up to three types of exclusive low-dispersion glass offering superior performance: ELD (Extraordinary Low Dispersion), SLD (Special Low Dispersion) and FLD (“F” Low Dispersion). In particular, FLD glass offers ultra-low dispersion in combination with high transmittance and the anomalous dispersion characteristics of fluorite. Meticulous deployment of these types of exclusive low-dispersion glass and optimization of power distribution gives SIGMA lenses superlative image rendition undiminished by residual chromatic aberration.

Designed to minimize flare and ghosting
From an early stage in the lens design process, flare and ghosting have been measured to establish an optical design resistant to strong incident light sources such as backlighting. SIGMA’s Super Multi-Layer Coating reduces flare and ghosting to help photographers produce sharp and high contrast images even in backlit conditions. The included lens hood can be attached to block out extraneous light, which can have a negative effect on rendering performance. 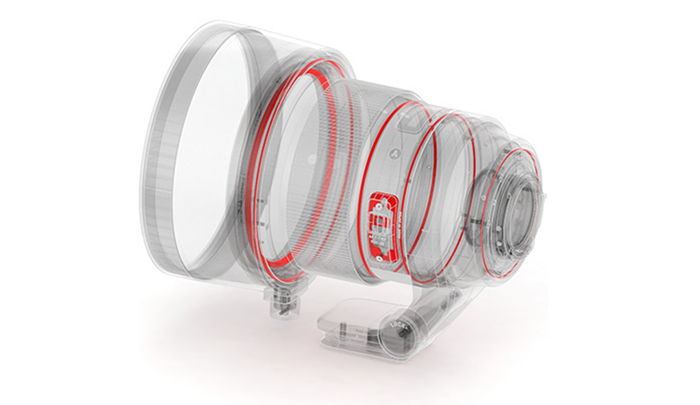 Professional specifications
Allowing photographers to work in all types of weather

Like SIGMA’s Sports line lenses (Move to our Youtube page), the 105mm F1.4 DG HSM | Art features a highly effective dust- and splash-proof structure with special sealing at the mount connection, manual focus ring, zoom ring, and cover connection, allowing photographers to work in all types of weather. In addition, the front of the lens is protected by a water- and oil-repellent coating that makes cleaning easy. The high-speed, high-accuracy autofocus helps photographers react in an instant to get those special shots.

Ease-of-use specifications
Instead of conventional ABS plastic, the exclusive lens hood features CFRP (carbon fiber reinforced plastic), a light but strong material used in the interior and exterior fittings of aircraft, among many other applications. The removable Arca-Swiss tripod socket is compatible with Arca-Swiss platforms and clamps, and its exclusive protective cover makes the lens easier to carry and use when shooting hand-held.

Compatible with full-frame Sony E-mount cameras
The version of this lens compatible with Sony E-mount mirrorless cameras contains the same optical system as for SLRs. SIGMA MOUNT CONVERTER MC-11 is not required, as the lens performs the same functions as the converter, including in-camera image stabilization and in-camera lens aberration correction. In addition, the lens is compatible with Sony’s Continuous AF, which is not addressed by MOUNT CONVERTER MC-11. SIGMA plans to offer over time Sony E-mount versions of every full-frame prime lens currently available in the Art line, from 14mm to 135mm. 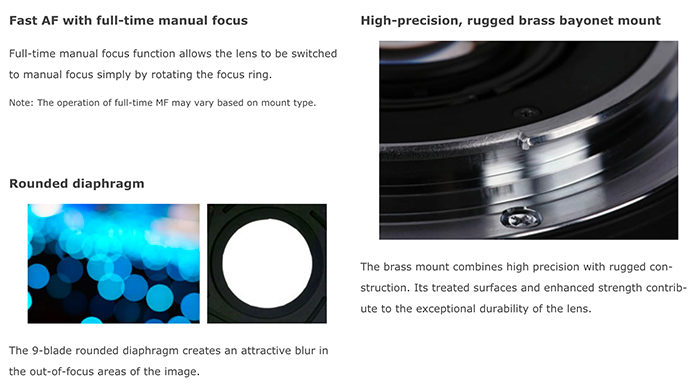 The lenses are now also available for preorder at WexUK.