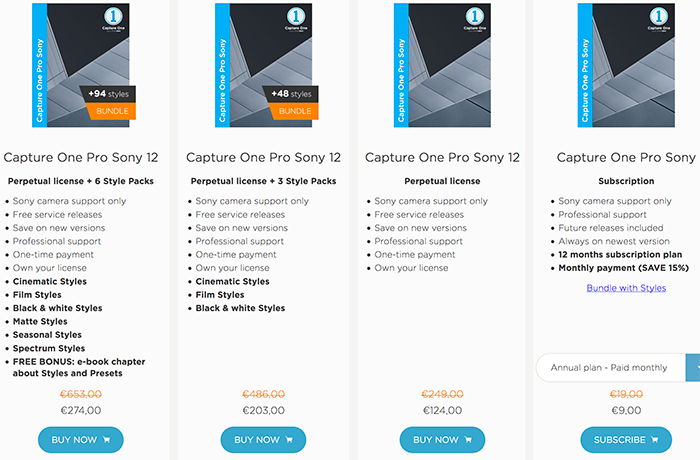 First a reminder: The Capture One deal on all Sony packages (Click here) has been extended to April 30! You save 50% on the perpetual license, the subscription pan and the style bundles.

And today official support for the new Sony A6400 and the Tokina 20mm FE AF lens has been added.

12.0.3 Bug Fixes Win
• Fixed an issue where moving images from Media Pro to Capture One resulted in hierarchical keywords
• Fixed an issue when deleting images and then shooting new images with the exact same name made them not show up in the thumbnail browser
• Fixed a crash that sometimes occurred while picking in the color editor on an image with applied Fuji lm Film Simulation

12.0.3 Additional notes
The workspace in Capture One Express (Mac and Win) has been updated to bring a more intuitive experience 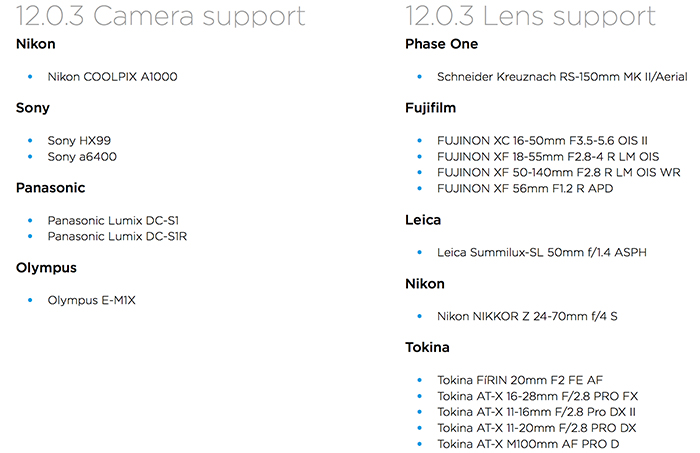