Before we get into this speculative bit about the Sony medium format system I kindly invite you to subscribe my new Youtube channel (click here). And now let’s get onto it:

It’s about time to talk about facts, myths and rumors about the possible future Sony medium format system. In my video above I explain everything we know so far and below you can find some facts and rumors. It’s important to disclose ASAP that there is no hard fact yet that convinced me the medium format system is coming any time soon. But there is some increasing background noise, and some patents that gives us some breadcrumps on how such a system might look like:

Back in 2017 Sony manager said that at least for now they rule out the possibility to launch a medium format camera. The reason is that it takes a lot of time and resources to develop a new system with cameras, lenses and accessories. At the same time Sony they have all the necessary resources (knowledge and components) to make such a medium format camera if they would like to do it. 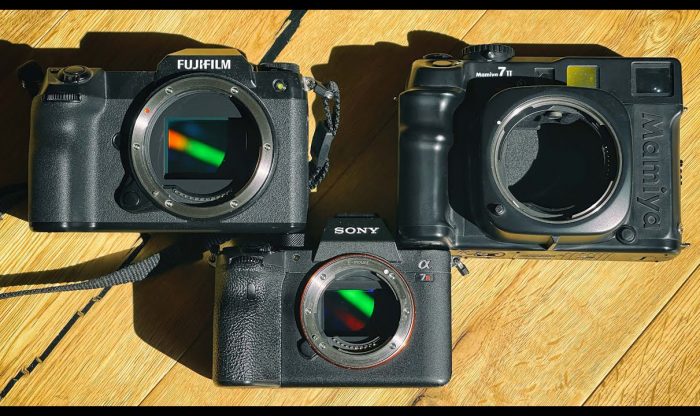 But since 2017 may new patents have been published by Sony and here is a quick roundup: 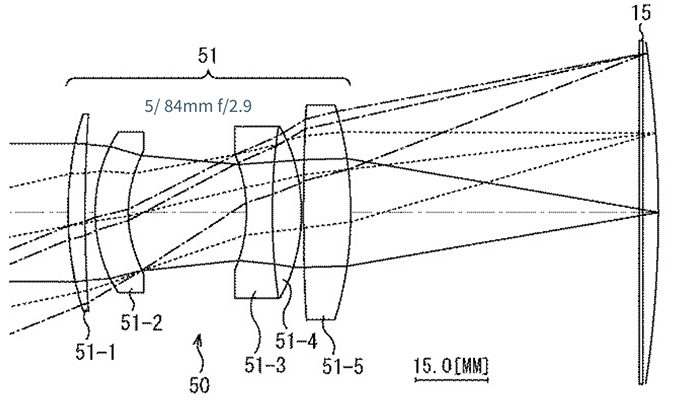 Here is one of the many Sony f/2.8 medium format lens patents. In detail we got this: 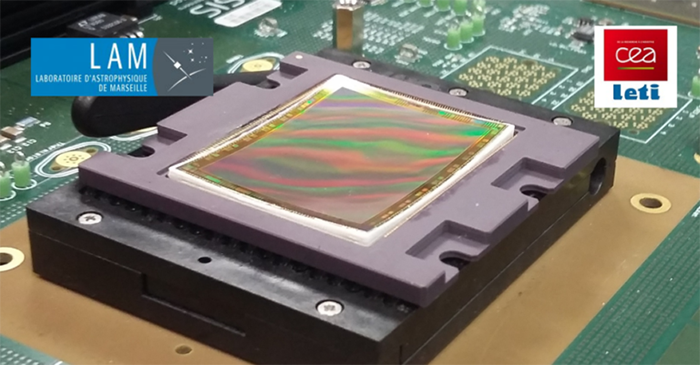 “Curved CMOS Image System: When light transmitted by a lens strikes a perpendicular target such as a CMOS image sensor, it forms a circle of light called an image circle. It’s difficult for a flat (planar) CMOS image sensor to deliver high image sensitivity at high resolution (highly scaled pixel pitch) because of the fundamental physical limit known as quantum efficiency. To break through that physical limit and to achieve higher sensitivity anywhere within the image circle at higher resolution, Sony built and will describe an imaging system that comprises a hemispherically curved, back-illuminated CMOS image sensor (BIS) and integrated lens. It doubles the sensitivity at the edge of the image circle while increasing sensitivity at its center by a factor of 1.4, with a 5x reduction of dark current (Jd) compared to a planar BIS. Moreover, a common problem known as lens field curvature aberration (Afc) is mitigated by the curved sensor itself, and so the curved BIS enables higher system sensitivity with a brighter lens with a smaller F number (Fn) than is possible with a planar BIS. In addition, by controlling the tensile stress of the BIS chip to produce a curved shape in the first place, the energy band-gap (Eg) is widened and a lower Jd is achieved. (Paper T2.1, “A Novel Curved CMOS Image Sensor Integrated with Imaging System,” K. Itonaga et al., Sony)“ 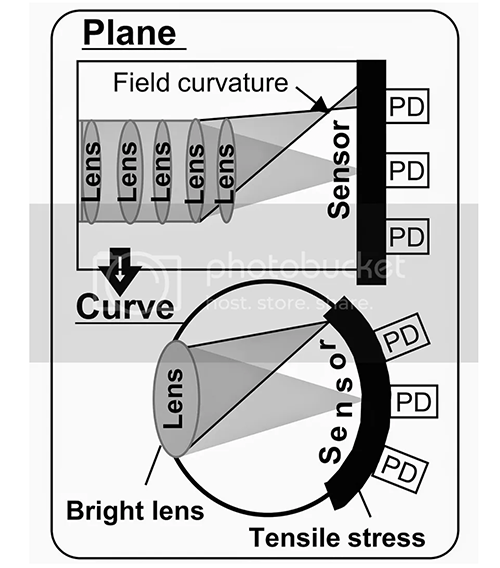 The only rumor I got from solid sources says that Sony is working on a new kind of camera. But we shouldn’t get too excited about that wording. It could mean a new kind FF camera too. All other rumors are from anonymous sources and therefore at high risk of being B.S. The last two I got tell us this:

Posted on SAR on December 13:

Posted on SAR on December 13:

the medium format system Sony will release in 2 years has not curved sensor, its a new developed 200mp 54×36 sensor in a new mount, Sony will release an adapter to use E lenses (just they can say it had a lot of compatibility lenses cause the system will be released with only 3 primes) and will be a system without mechanical shutter with flash sync faster than anything in the market by far, its a system targeted for ultimate studio work

The business case for a Sony medium format system:

The Sony A1 and the Fuji GFX proved that people is willing to pay a lot of money for exciting cameras. In all those years of constant camera market decline only the high end stuff keeps selling. Sony might have been motivated to be bold and launch a MF system.

If patents are any indication for the direction Sony wants to go with their medium format system than we can assume this:

So you see, Sony seems to aim for a proper 645 sensor with curved sensor tech to beat the Fuji GFX system in terms of image quality while still maintaining a relatively compact lens system. The trade off is that such curved sensors are eventually going to be very costly to produce.

It’s all speculation for now, and patents are no proof for real stuff happening. But I hope that within the next few months we will finally learn more if Sony is serious about this. Maybe after reading this known sources can give me some more info about what’s going on with Sony’s medium format plan ;)