The new Sony 16-50mm f/2.8 lens has been already reviewed by SLRgear (Click here). They did NOT test the lens on the new Sony A77! The lens is sharper at the wide end than on the tele end. It has a very good corner to corner sharpness. The only real “issue” is Chromatic Aberration. But overall “the combination works to produce excellent photographs.“. You can read the full review and see all the graphs here at SLRgear.

Meanwhile Thom Hogan (Click here) gave his first impressions about the A77: “This is a top end camera, and so obviously it should have a top end level of features, but one thing that struck me in reading all the Sony marketing material was that there was a lot of emphasis on the bells and whistles and not nearly as much on the quality side. When quality was mentioned, it was obviously hyperbole (“flawless image quality”).” and “A few people with preproduction cameras have sent me image samples to analyze, though, and what I see is a lot of noise reduction in the JPEGs, which pretty much rules out the word “flawless” in my book.”
If you don’t agree with Thom drop a comment on SAR. I am sure he is reading your them!

Charles Michel form videoacademy made that 9 minute long A77 presentation. he speaks in German but there are English subtitles!

Now it’s time to focus on the real quality of the Sony A77 (preorders here). Let’s start with one of my preferred websites:

Luminous Landscape A77 test (Click here to read the full article):
Feeling: “The A77 is a “pretty” camera; one of the nicest styled Sony cameras in a long time. It has a very organic shape and falls to hand very nicely as well.”
Video: “There is much less visible rolling shutter with this camera than I’ve seen before. If this holds true with a full production camera then DSLR video makers are going to be all over this camera like a kid with a bowel of strawberry jello.”
EVF: “Is it good? Yes, it’s very good – for an EVF. I would go so far as to say that it is much preferable to the dim and small reflex viewfinders found on most reduced frame DSLRs. This then begs the question – how does it compare to the viewfinder on a full frame DSLR like the Sony A900? Not so well.”
Fullframe (A99): “I think that there is, and it even may well use the same (or similar) body as the A77. As mentioned earlier, the A77 is a full-sized camera, with the heft and gravitas that a Prosumer model deserves. It certainly appears as if a full frame sensor could be used with the same chassis (if not the same actual body) as the current one.”
Again, I invite you to read the full article as it is in my opinion one of the best previews written today!

Imaging Resource (Click here to read the full article):
IR has been the first to post a detailed image quality analysis. And starts with that considerations: “I won’t go too much into detail about my disappointment that the A700 went so long without an upgrade or successor; suffice it to say that I thought that camera was Sony’s best chance at making a dent in the Canon/Nikon hegemony, and instead of addressing its few flaws, Sony was spending too much time trying to appeal to the consumer market, a place where Nikon and Canon dominate even more pervasively.”
EVF: “A sensor over the viewfinder detects my eye and makes the switch between the LCD and EVF, but usually doesn’t make the switch fast enough, leaving me first in the dark, then I see a screen that’s a little too dark at first, then my eye adjusts. It’s not a comfortable set of changes, going from very bright to very dark, then to somewhat bright, so most often I and my colleagues shied away from the EVF when out in daylight, preferring the LCD.”
The new 16-50mm lens: “At the outer edges of the frame, the 16-50mm lens shows a little softening, which you can see in the last crop below, but it’s truly remarkable performance from a lens that effectively costs $600 when purchased as a kit, while the full-frame 24-70mm Carl Zeiss lens sells for around $1,750.”
Image quality: IR made many comparisons mostly with fullframe cameras. It’s a bit unfair comparison as the larger fullframe pixels can deliver a much better per pixel sharpness. ANyway, the A77 does a good job at base and high ISO and is not far behind the top (and more expensive) fullframe cameras.
Also in that case I highly recommend you to read the full article (Images are at the bottom of the post). 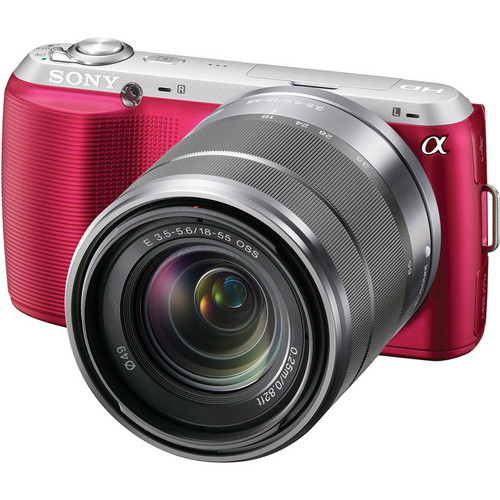 [/shoplink] The Sony NEX-C3 is getting heavily tested by the most important review websites! And before you get submerged by the upcoming A77 and NEX-7 news and reviews take a look at those articles:

Yesterday DPreview (Click here) posted their NEX-C3 article. The camera gets the “Silver Award” with an overall score of 74%. It is the same score of the Olympus E-P3 but the NEX-C3 has a better image quality and is cheaper!
Also Photographyblog (Click here) tested the NEX-C3: “While usability has been improved, with a number of customisable controls, the NEX-C3 is still best suited to the beginner rather than the more confident prosumer, who will bemoan all the button pressing that’s required. ” The camera gets recommended with a rating of 4 of 5 stars.
The last review is from Whatdigitalcamera (Click here): “The C3’s new sensor is a success, images look great and the camera’s smaller design looks the part too. The price is held at a very reasonable sub-£450 point and there’s very little not to like bar some control issues.”
Click those direct search links to check the NEX-C3 price and availability: [shopcountry 7207].

There is also a new Sony Alpha 35 review at Techradar (Click here): “In terms of performance, the SLT-A35 is highly responsive, while image quality – whether you’re shooting JPEGs and/or RAW files – is equally as impressive. ”
SonyAlphaLab (Click here) tposted some A35 image samples.
Click those direct search links to check the A35 price and availability: [shopcountry 7419]. 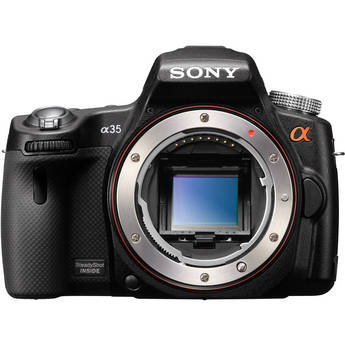 [/shoplink] The British website Trustedreviews (Click here) posted the final Sony A35 test: “While attention is naturally drawn to the super-fast AF and continuous shooting abilities of the A35, what really impresses is overall image quality“. Don’t forget to read the full test to see why they like the camera!
Also CNET Asia (Click here) tested the same camera: “The A35 is a subtle update to the Alpha range of SLRs and while it won’t be a game-changer, it’s certainly good at what it doe“. On their website you can see a couple of image/video samples and tests.

That is a beats of a lens! The picture shows the Noktor 50mm f/0.95. But how good (or bad) performs the lens in the real world? Steve Huff (Click here to read the review) tested the lens on the new [shoplink 7207]Sony NEX-C3[/shoplink]. You can see many image smaples on his website and all I am going to report here is that the lens perfroms better than the m43 version fo the Noktor. Steve Huff is also giving away one lens for free!

You can get the current 28mm and 35mm lenses from SLR magic on [shoplink 8242 ebay]eBay (Click here)[/shoplink]. The Noktor is available on their homepage (Click here). 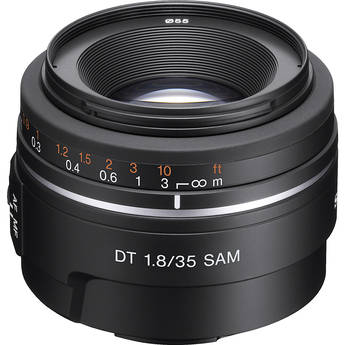 Techradar (Click here) posted a new Sony A35 review: “In terms of performance, the SLT-A35 is highly responsive, while image quality – whether you’re shooting JPEGs and/or RAW files – is equally as impressive. When it comes to finding fault with this camera, there’s little for us to complain about“.

Let’s have some break from rumors! Klaus from Photozone (Click here) tested the Zeiss Biogon 28mm manual lens on the NEX-5: “The Zeiss Biogon T* 28mm f/2.8 may be a star on Leica M film cameras but it struggles somewhat with the Sony sensor in the NEX-5. The image quality is pretty much breathtaking in the image center but the border performance is actually much less impressive and in fact quite soft at large aperture settings. The border quality improves to very good levels (just) when stopping down though.”

UPDATE: And today Photozone (Click here) tested the 35mm Biogon: “The Zeiss C Biogon T* 35mm f/2.8 is supposed to deliver great images on film but it doesn’t really harmonize well with the Sony sensor of the NEX-5. The center image quality is simply great even at max. aperture but the border resolution is somewhat disappointing especially considering the moderate base aperture. The borders are still good (just) at f/2.8 and increase steadily till f/8 towards very good (just) results.” The lens has the same price as the before mentioned 28mm biogon ([shoplink 7990 ebay]Click here to see the 35mm BIogon auctions on eBay[/shoplink]).