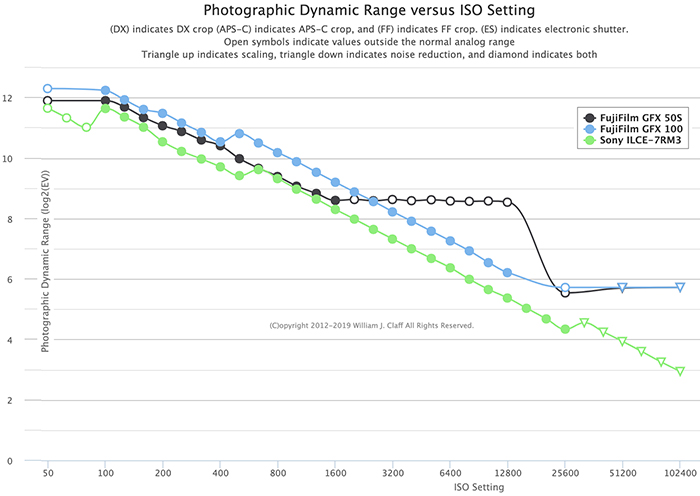 Photons To Photos measure the Dynamic Range of the new Fuji GFX100. As expected it has improved over the previous 50Mp Sony sensor. I do not think the new Sony A7rIV will do noticeably better than the A7rIII. Jim Kasson speculated that this will be indeed the case:

The  SNR in the deep-shadow end of the a7RIV will very slightly exceed that of the a7RIII. But even then, there will be no material difference between the two cameras in terms of shadow noise.
So, unless Sony has a trick up their corporate sleeve, the photographic dynamic range of the a7RIV is going to be about the same as the a7RIII.