Forbes published an article about Sony’s sensor business. And they are very bullish about it:

“The growth in sensor sales over the past three years has been nothing short of remarkable. This year Sony will generate more profits from imaging than any of its other business lines. Sensors are on track to generate $1.92 billion in profits… 10% more than Sony’s long-established gaming arm.

Sony absolutely dominates the image sensor industry, accounting for over 50% of global sales.

The battle among smartphone firms to make better cameras has been a boon for Sony. It controls over 70% of the smartphone sensor market. And it’s been the exclusive maker of image sensors for every iPhone since 2010.

And when it comes to quality, Sony is in a league of its own. Its image sensors are so far ahead, it charges 2X as much as its closest competitor.

Right now, Sony’s world-class imaging business is flying under the radar. But as the computer vision boom takes off, I expect the stock to attract a lot of hype. And with image sensors becoming a larger part of Sony’s business, it could easily soar 300%+ in the coming years.”

The camera market is damn small in their sensor business: 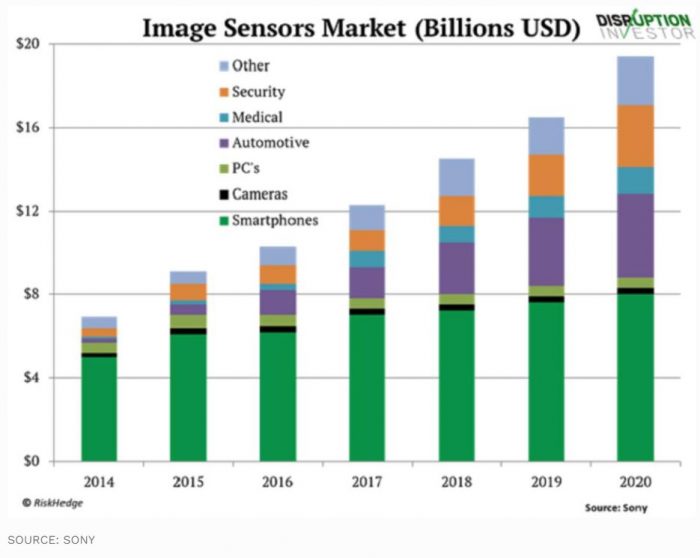 Still it’s very good news to see Sony being ahead because also we Alpha shooters profit from this. Can’t wait what Sony will bring us next: 3-layer sensors, global shutter. 8K and more!