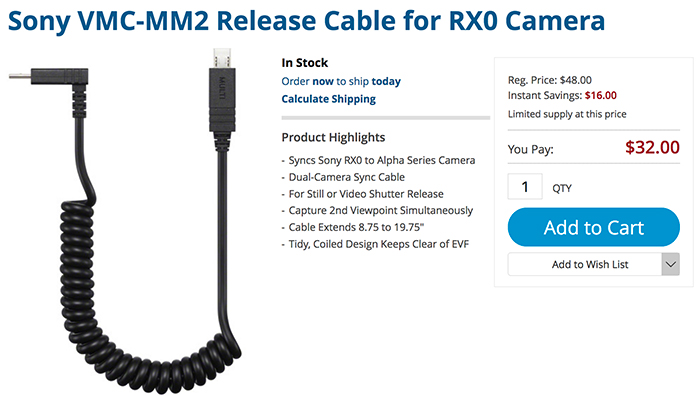 Sony has developed (last spring) a perfect synchronization (for still pics and also for video) in several Alpha cameras. During the last weeks I have used the new cable, the Sony VMC-MM2, in my stereo Sony Alpha rigs and the sync is perfect in all the 3-D stereo images obtained (according to the Barry Aldous test, quantification in milliseconds). The cable was intended for very specialized professional clients, and it was not designed with the 3D world in mind:

“This dual camera Sync cable connects an RX0 (as sub-camera) to your main camera to synchronize still or video capture with a single press of the main shutter release. Ideal for capturing decisive moments at weddings and other events from both cameras simultaneously. Capture a different angle, depth and field of view, frame rate or picture profile using your main camera plus an RX0 at one time.”

To achieve to take two pics simultaneously synchronized, the RX0 camera can be mounted over the main camera replacing the flash, taking its place. The cable Sony VMC-MM2 enables perfect synchronization between the main camera (a Sony Alpha or a Cyber-shot cam) and the sub-camera RX0, capturing still images and videos, with a single press of release button.

To synchronize video using REC/STOP, the main camera must have “Movie with shutter” assigned to its release button, following these settings:

Only the four last commercialized Sony Alpha cams are fully compatible (for still images and also for video), as main cams:

Also the DSC-RX0 camera is fully compatible (for still images and also video) but it only can be used as sub-camera.
The following 14 Sony Alpha cams are compatible only for still images because these cameras can NOT assign, in the menu, the movie recording-button to the shutter button:

Theoretically, according to the information of Sony, only the little camera RX0 is usable as a sub-camera and it is evident that it is the most comfortable for events since it can be assembled, on the top of the main cam, replacing the flash.

But during the last weeks I have used that cable, the Sony VMC-MM2, in my stereo Sony Alpha rigs replacing the twined cables DSRLKIT (male ande female) and the sync is also perfect in all the still images obtained. 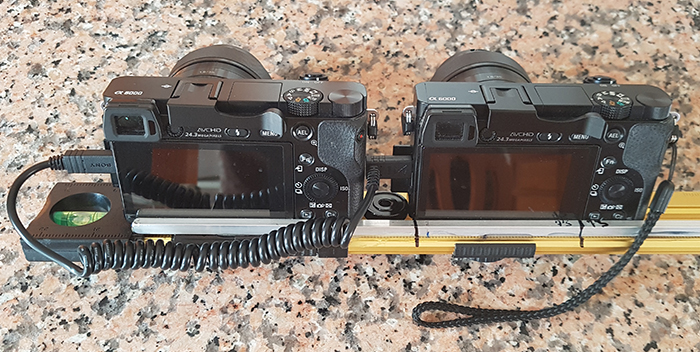 But operating the shuter on the sub-camara (the cam conected to the L-shaped plug, right angled) it’s not possible shoot the main camera and only one pic (in the sub-cam) is obtained.

Each photographer interested in 3D stereo photo can make the appropriate checks, but, of course, only under their own risk, while we wait for the official support  from Sony about the use of the cable in 3D photogeraphy.

Also It will be very interesting to test if this new cable (VMC-MM2) serves to synchronize 3D video using twined rigs with the four Alpha models video compatible with it (the only four models in which it is possible to assign in the menu: “movie recording – button” to “the shutter button”): the twined A7III, or 7RIII, or A9, or RX10IV rigs.

I think a new era in 3D photography a new era has begun, (at least for me, excited and happy): the Sony Multi-Terminal Era.

Thank you Sony !!!  Certainly that is a new world in 3D stereo photography

For many people that is the game-changer