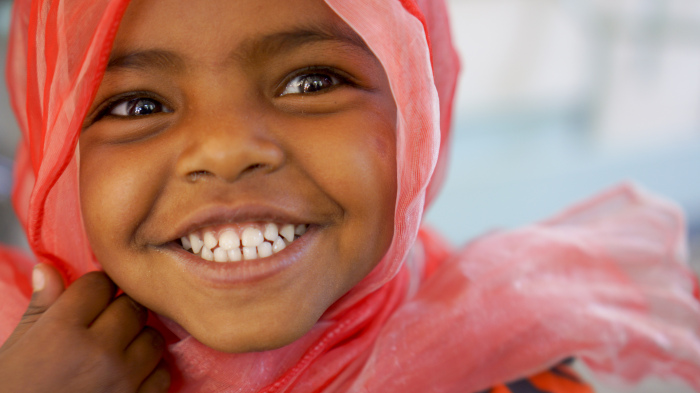 The following article is a guest post by National Geographic photographer Bob Krist. Thanks Bob for sharing!

I didn’t start out looking to jump ship from my favorite line of DSLRs to Sony mirrorless, cameras. It just kind of happened out of necessity.
I’m a 30+year veteran shooter for National Geographic publications. A few years ago, they asked me to go along on one of the high end, educational private jet tours that their new division, National Geographic Expeditions, was starting to offer. I would teach lecture and teach photography, and oh, could I also shoot some video and stills of the trip?
No problem. But as it turns out, these were not the type of assignments I was used to shooting for them. Usually we have a lot of time in each place to get to know it, and the pace of the assignment is long and slow, and the coverage they expect is comprehensive and deep, 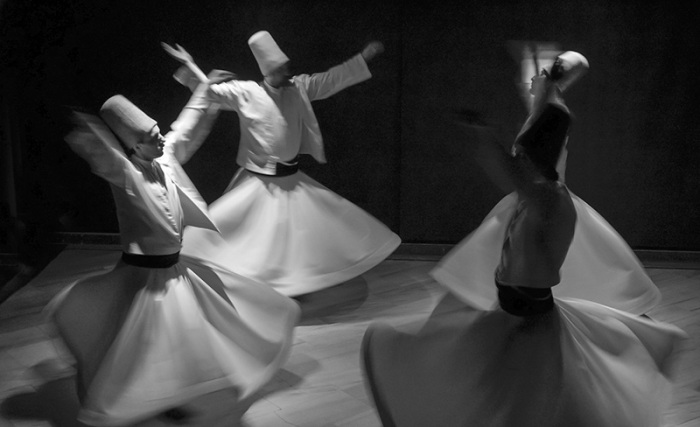 But these were whirlwind tours for folks who wanted to see as much as they could, as fast as they could, and once I started shooting the run and gun videos they asked for, I ran right up against the limitations of the DSLR.
On these fast moving assignments, which are epic, globe-girdling trips that move at a breakneck pace (11 countries in 26 days…and you thought I was kidding when I said “breakneck pace!”), I have no time whatsoever to stop and outfit my camera with an LCD loupe, a shoulder rig, mic pre-amp and all the other bells and whistles you need to prepare a DSLR to shoot video.
I know that because I tried on my first assignment, and I missed a lot of key moments while I was kitting out my DSLR. After that first trip, it was clear that what I needed was a lightweight, video-friendly machine I could pull out of the bag and start shooting at a moment’s notice. 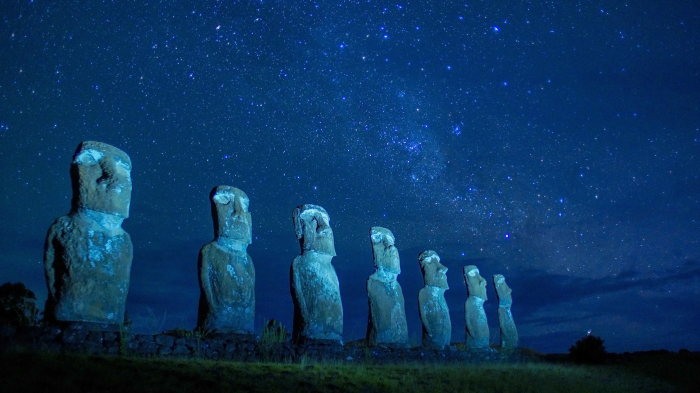 And a mirrorless camera was basically the way to go. I chose a selection of Sony gear so I could get at least one camera with an APS-C sized chip (for nice bokeh), mic jacks, decent lower-hiss, built in pre-amps, the 60fps frame rate option for slo-mo, and the ability to adapt any Nikkor (or basically, any other lens) to it.
In the ensuing years, more and more of my work for National Geographic has been for Expeditions on these jet and ship based expeditions, and I’ve cycled through a lot of the Sony gear, owning at one time or another, every NEX model made.
Up until recently, the A6000 was my APS-C chip size camera of choice for run and gun video. It lacks headphone and mic jacks, but the image quality is superb, the autofocus is lightning fast, and it takes a huge array of lenses thanks its easy adaptability. I use a Sony mic in the Multi-interface hotshoe for ambient sound.

I pair that with the Sony RX 10—It features a smaller 1″ chip with superb, sharp video that is not downsampled (hence little to no moire or aliasing), headphone and mic jacks, built-in ND filter, a Zeiss 24-200mm f/2.8 equivalent lens…the perfect video run and gunner, not to mention still camera, for a traveling shooter who wants a lightweight, but fully featured camera. The recent firmware upgrade that gave us X AVCS codec instead of the dreaded AVCHD is just icing on an already very tasty and attractive cake. 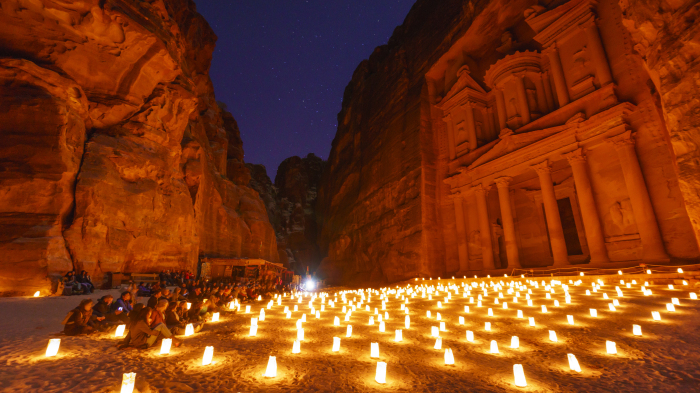 For lenses for the A6000, I take along the Sony 10-18mm f/4 (for ultrawide work), a Zeiss 16-70mm f/4 (for general shooting) and an assortment of prime lenses that can vary, but always includes a Sony 35mm f/1.8 E, and often two old but sharp Nikkors, a 24mm f/2, and an 85mm f/1.8, outfitted with a Metabones Speed Booster for Nikkor to Sony E (which retains the original lens’ field of view and adds almost a stop of light-gathering ability. A miracle adapter!)
The Sony and Zeiss E lenses are sharp, autofocus, and have the OSS (Optical SteadyShot) which make them super for run and gun situations.
The adapted Nikkors are manual focus, but they are super sharp and I only use the compact ones  (besides the two mentioned above, I also have the 50mm f/1.8 Series E, and the 75-150mm f/3.5 Series E) so they balance beautifully on the smaller camera body. 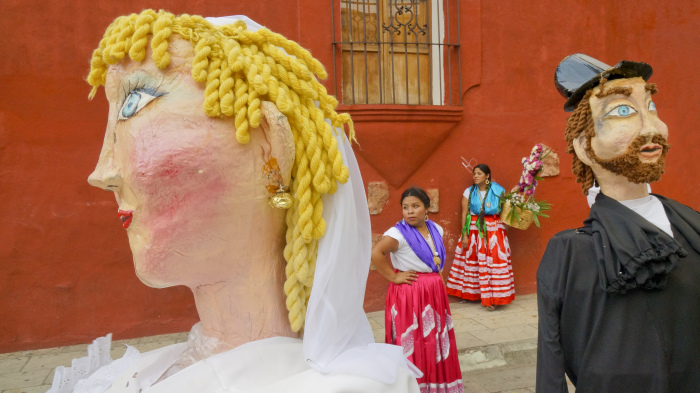 One of the biggest advantages of the mirrorless camera is built in electronic viewfinder (EVF) for shooting video outside on bright days. No need to snap on a bulky loupe over the back of your LCD screen, just put your eye to the viewfinder and voila, you’ve got a crisp image to work with.
The other huge benefit of these cameras is their size and weight (or more accurately, their lack of size and weight!). My camera bag weighs about half of what a similar DSLR outfit would and the bag is correspondingly smaller as well.
About a month ago, I switched out my A6000 for the new A7s. It is a lowlight monster and it was just what the doctor ordered for shooting low light temple interiors, night markets, and the kind of things we cover on these trips.
Now, most of the time, I’m using it in APSC mode, which may seem counterintuitive, but it allows me to use the OSS of the Sony lenses, and it is a lot more resistant to effects of rolling shutter, that jello-ey look that sometimes occurs during camera movement in certain cameras.
But when the light is low, the adapted Nikkor primes go on and it’s back to full-frame, low light heaven. I’ve been fully Sony mirrorless for almost two years now, and I haven’t looked back!

Bob Krist’s details his adventures in motion and mirrorless cameras in his new blog Old Man in Motion (www.oldmaninmotion.com). His website is www.bobkrist.com 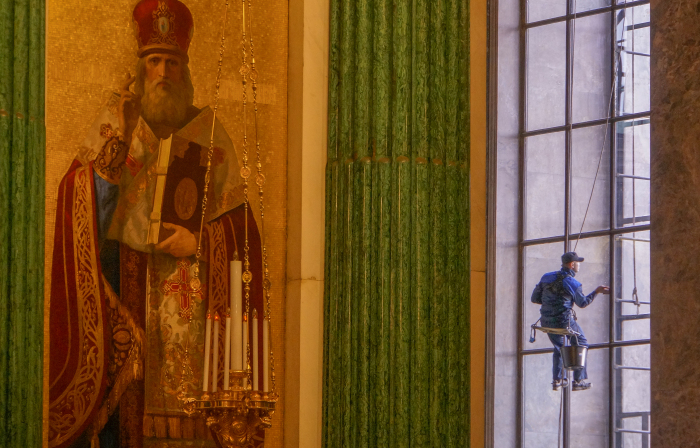