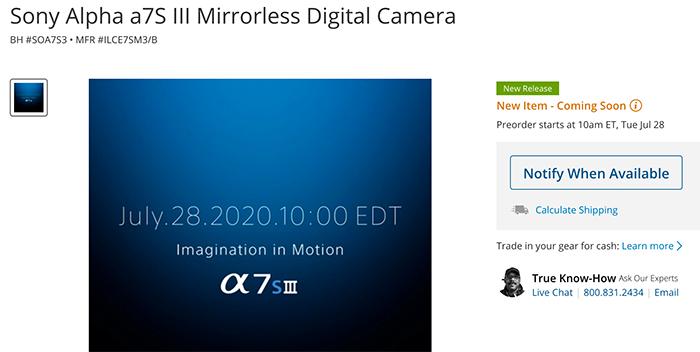 I got another report from a source….Thanks :)

This is what he says:

The A7Siii will have the S-Cinetone colorscience.
The sensor will be an Exymos R CMOS Sensor.
Sony will add Movie Edit add-on compatibility for Image Stabilization in post. So far only RX0m2, RX100m7, and ZV-1 are compatible with that app. This is how they plan to match Cannon’s IBIS, it won’t be as good but at least it won’t be “warpy”. Also, the slight crop will be used to achieve this.
15+ Stops of dynamic range.
C4K in addition to UHD will be available.

Overall this camera is similar to the A7R4 tweaked in the same way as ZV-1 with similar specs to the FX9, but with a 12MP sensor. Like I said before there is a slight crop. Nothing seems extraordinary on paper except that EVF, but realistically there is no 4K60 10-bit internal 600Mbit camera on the market that can record unlimited video without overheating, with great autofocus and no fan.