Today Panasonic launched the first mirrorless interchangeable lens camera with 4K recording feature, the GH4 (specs at Amazon). It has a 10bit 4K output over 3G HD-SDI and records on fast SD cards at 200mbit/s. It’s certainly a well made camera but Sony is about to answer soon.

Like in one month from now Sony will release their first 4K camera. It will be A-mount although I don’t exclude there will be an E-mount 4K camera too. The image of the Sony 4K camera has been shown last year: 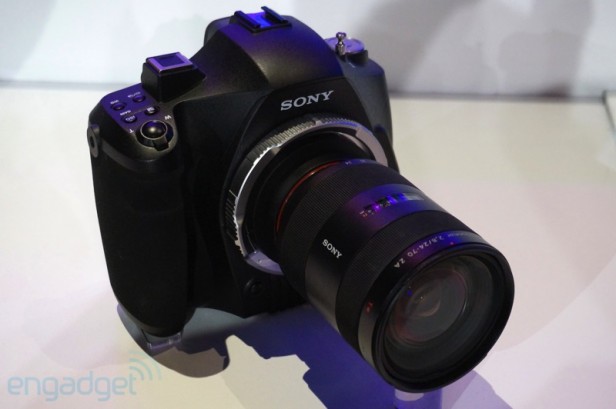 Expect a 4K marketing bombardment soon. And after that 8K will follow (in 1-2 years). It never ends :)