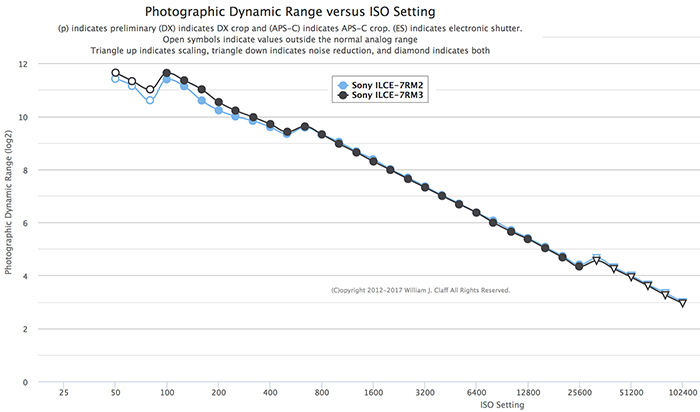 Photons by Photos measured the Sony A7rIII Dynamic Range and the conclusion is:

1) At low ISO up to ISO 400 the new Sony A7rII has the edge over the A7rII. From ISO 800 there is virtually no difference between the two
2) The max measured difference is 0,4 stops

We are far off Sony’s claim of one stop advantage over the A7rII. But let’s forget Sony’s claim and focus on this fact: The A7rII already had a world-class leading DR performance unmatched by most of the FF cameras on the market. So having a near half stop increase is a nice achievement. And I expect the A7rIII to lead the DxOranking once it gets tested!

UPDATE: It also beats the D850 when it comes to overall performance: 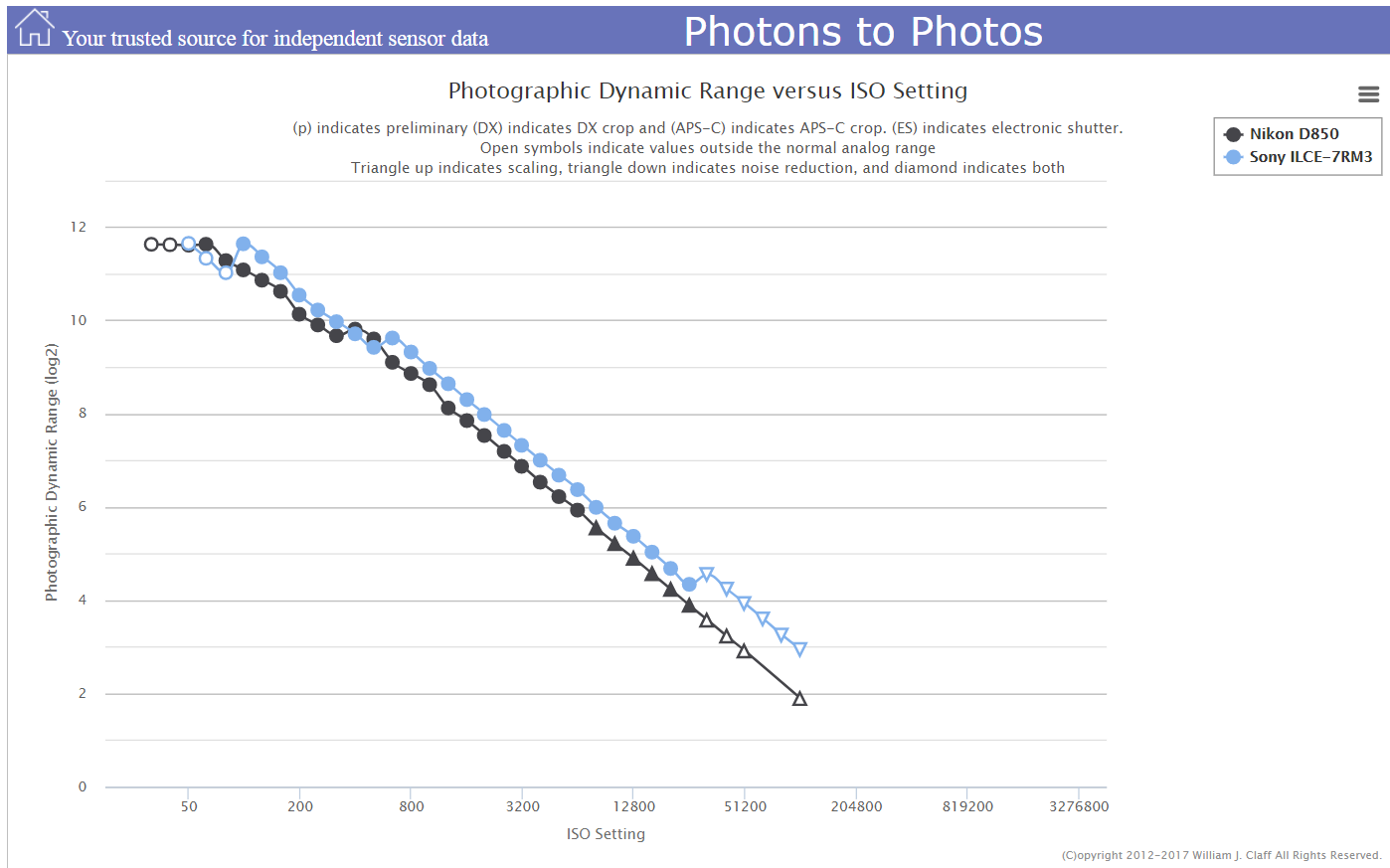