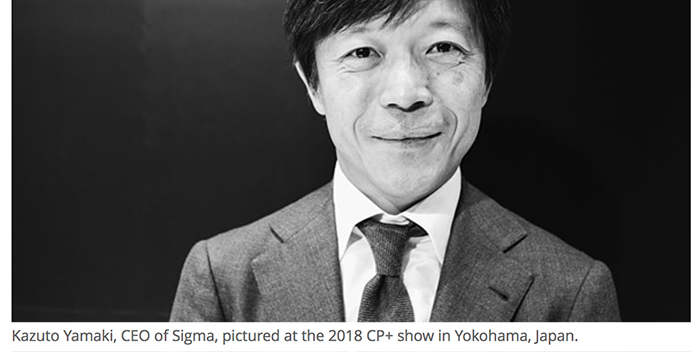 Dpreview met Sigma COE Yamaki and those are some of the hot news:

1) The native FE mount lens autofocus is faster than what can be achieved with the MC-11 adapter. This because:

What we did was to optimize the communication, for Sony. It’s faster, smoother, and we were able to utilize Sony [communication] protocols in the lenses.

2) About a possible size advantage of designing FF E-mount lenses from ground up for Sony only:

The wide-angle lenses would be smaller, yes. But any lens longer than 35mm, they’d be about the same size.

3) About the possibility of making new lenses designed for Sony FE only:

We are working on lenses designed from scratch for Sony E-Mount. This is just the beginning

We’re going to release another APS-C lens for Sony E-mount this year, probably around Photokina. We need to see what the response from customers is like. If it’s good, we’ll continue development.

If you own a Canon EF mount version of any of them, we can convert your lens to a Sony E-mount version, for a charge. And if that user decides to go back to Canon EF in the future, we can even re-convert the lens back again.

To sum up: Don’t worry folks, Sigma will make lenses designed for Sony FF E-mount cameras!  And the new APS-C E-mount lens he is talking about should be a new 50mm f/1.4 ;)
–