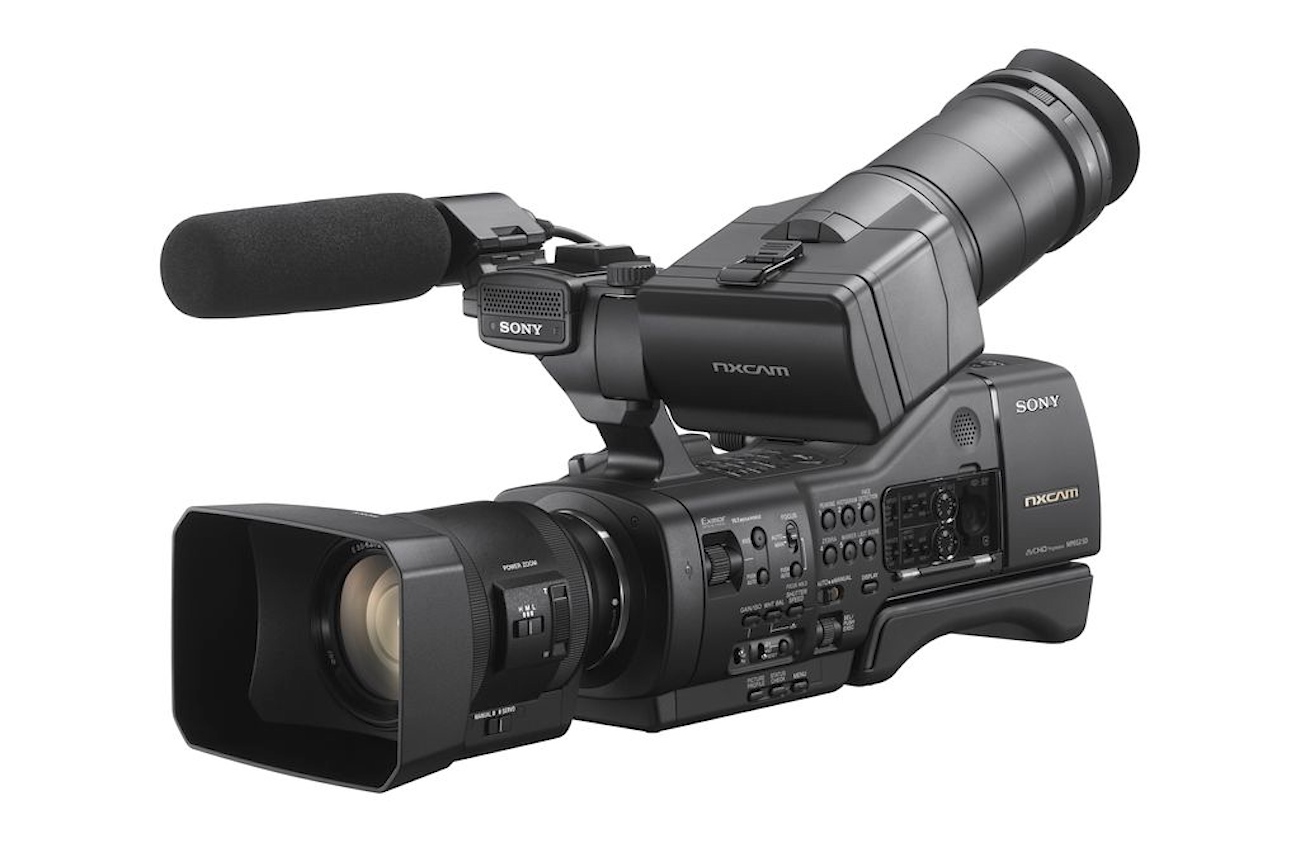 Sony just released a new E-mount camcorder named NEX-EA50. It’s very similar to the NEX-FS100 but has a “more affordable price point than ever before” – about £2,700. The other very interetsing news is that for the first time Sony released an E-mount 18-200mm F3.5-6.3 OSS Power Zoom!!! It has continuous variable iris and Optical Steady Shot image stabilisation with Active Mode, which should give a more stable shot. lens is electronically controlled via either the zoom rocker lever on the camcorder grip or the top handle, offering either a constant zoom speed or smooth, slow zoom.

Features of the NEX-EA50:
– Exmor APS-C/Super35mm HD CMOS sensor is claimed to offer low noise and high sensitivity in low light conditions. It also enables 1080 progressive and interlace recording with 50/60Hz selection at 50p/25p/50i or 60p/30p/24p/60i. It records AVCHD 4:2:0 at up to 28Mbps.
– It will capture 16.1 megapixel still pictures with RAW format support.
– two-channel XLR audio (an ECM-XM1 Shotgun microphone is included with the NEX-EA50H); Linear PCM audio; time code; user bit; and built-in GPS.
– Sony’s HXR-FMU128 (128GB) flash memory unit can dock directly to the camcorder for simultaneous backup recording. The camcorder is also compatible with Sony’s new Mirroring Memory Stick (MS-PX64/32/16), the world’s first memory card with mirroring. This enables the card to deliver higher reliability and data security through a dual recording (mirroring) function. The PX Series cards will be available from September, in 16GB, 32GB and 64GB versions.