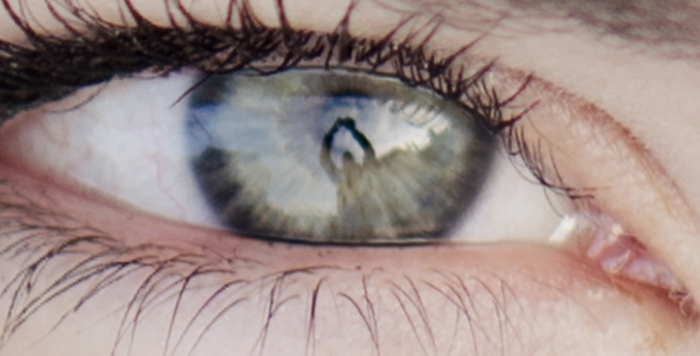 The reflection in the eye of the Zeiss 56MP image may show the photographer holding the new A7rII :)

The following rumor comes from a new source. As with any new source please take the info with a grain of salt and not read too much into it yet:

Sorry to be anonymous, but i think the rumors of the 50mp A7R II are true. we exhibit at NAB, and are good friends with a lot of the vendors including Zeiss, Sony, etc. We were told by one of our sources “three months for the A7R II 50MP sensor” and that was all they mentioned. Could be more stuff, but the guy who told me also works for a related manufacturer.

Thanks again for sharing the info Anonymous source!

So far the A7rII is rumored to be announced between mid May and early June. I have no 100% confirmed info yet but I believe (my speculation and not a rumor!) it will be the third or fourth week of May…