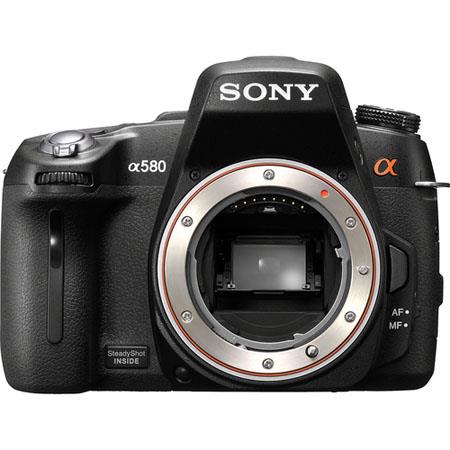 [/shoplink] The current last announced model with optical viewfinder: The [shoplink 5509]Sony A580[/shoplink] My friend Carl Garrard (Click here) got some interesting tidbits from an “old” source with good reputation. According to him there will be a new [shoplink 5509]A580 DSLR[/shoplink] successor. The real big news here is that Sony didn’t give up the Optical Viewfinder cameras: “I was told that for now Sony’s reaction to gathered marketplace demand is to keep traditional and non traditional DSLRS in the fold, but that only two OVF DSLRS would stay in the lineup. Priority is now given to SLT but that OVF are not yet out of the lineup. At least not yet. Apparently this is a pretty sudden switch in strategy, according to him.”

I know the A57 is coming and a source also told me there is one more camera coming too but I don’t know the specs yet. I hope my soruces can confirm soon if that rumor is true or not. I would certainly be happy if it would be correct! Here are the specs Carl got from his source.

P.S.: Don’t forget there is a huge Sony announcement day o March 13! The A57 is coming (and maybe NEX stuff too!).