In the midst of the big Black Friday event we got some quite major news and some of you might have missed them. So here is the recap:

Sony officially registered a new E-mount mirrorless camera in Asia. Usually it will take up to 2 months until this camera will be officially announce. I believe this is the new A7000 or A6xxx. A New High End camera:

Sony will soon announce two new FF sensors that will be available for third-party companies too. There is a new 8K capable sensor too: 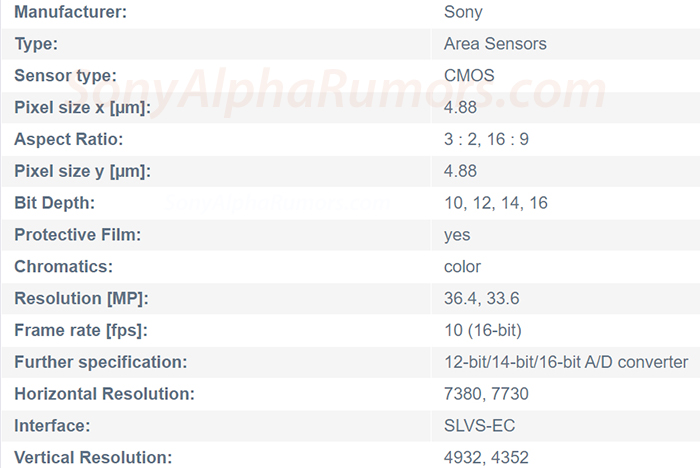 3) Sony A7sIII
And old-time and reliable source told us this about the new A7sIII:

The development of α7sⅢ has been postponed because of heat issue (SAR note: That’s why it’s not coming in 2018).
α7sⅢ will have stacked CMOS sensor but the sensor is different to α9’s.
α7sⅢ will be sold in 2019’s early.

Two sources told us this lens is on Sony’s roadmap. No details about the announcement date but I guess it’s coming in 2019