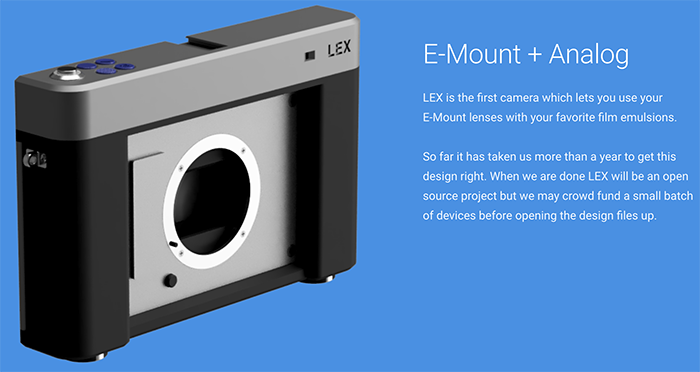 This is one of the moste xicting sotries in years:

Alexander Gee contacted me last week to tell me this story: He created a new E-mount film camera! Everything is reported on this website: http://www.lexoptical.com/index.html. This is a one-man project and he sent me this text to introduce it:

I built LEX because I primarily shoot on Sony E-Mount with native E-Mount lenses, but occasionally I like to get out and shoot film for the aesthetic it provides. At the same time owning two complete sets of lenses seemed expensive and bulky. Of course I didn’t want to sacrifice getting the full functionality of my lenses on my Sony A7ii. So instead of adapting film lenses to my Sony cameras I decided it would be better to adapt a film camera to use my E-Mount lenses. That way I could use all the great new glass that is being made like the Tokina’s Firin or the Zeiss Loxia range on all my cameras. After doing some research it became obvious the 18mm flange focal distance which makes E-Mount amazing for building compact cameras like the Sony A6500 was going to rule out adapting any existing film body I could find. The easiest approach was to start at the beginning and make a whole system from scratch. LEX was also a learning project. I wanted to learn CAD and designing a camera seemed like a pretty good challenge. Along the way I’ve also learned a huge amount about 3D printing, manufacturing, materials science, and I even built a mini foundry to make metal parts for LEX. The whole process was a lot of fun and now I only need to carry one set of lenses in my bag.

The name LEX is because I’m ALEX and it seemed like a nice way to sign the project so to say.

I am definitely going to buy this! I think it’s kind of cool that we can use our E-mount lenses on a film camera. I kindly invite you to subscribe his email alert service to get notified when you can buy it: http://www.lexoptical.com/coming-soon.html.

This is the entire development story (Image credit Alexander Gee). 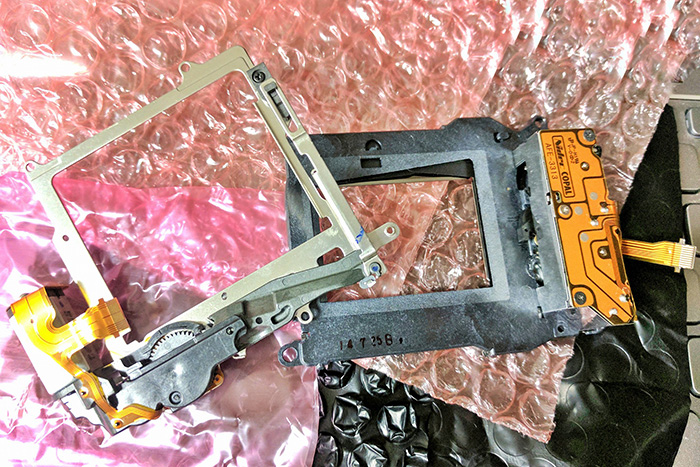 The beginning
LEX needs a very narrow shutter to shoot with E-Mount lenses. To achieve that the camera is built around the shutter mechanism from another E-Mount camera, the Sony A7. 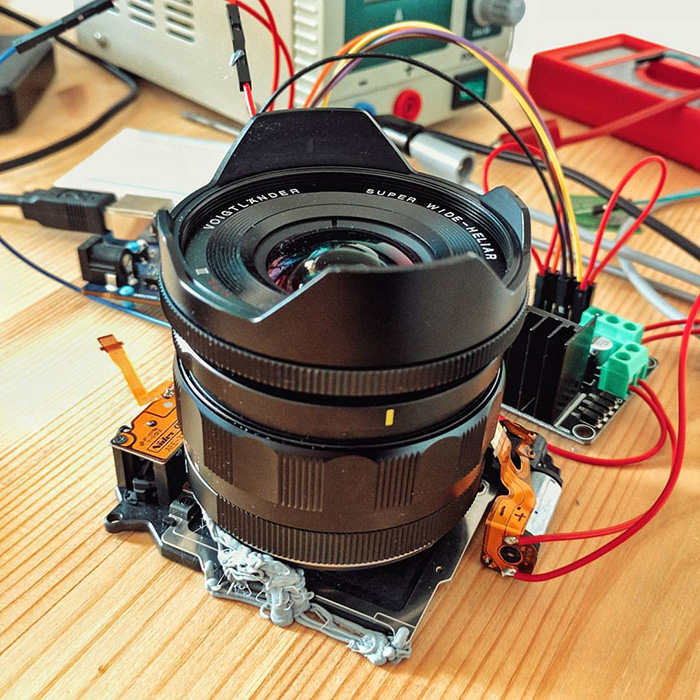 An idea begins to take shape
The very first test of the lens mount and the shutter box. It can just fit together. 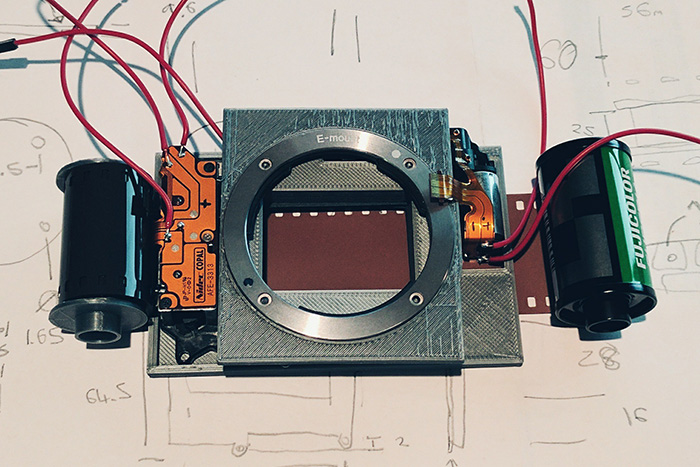 Layout
The basic layout of the camera is starting to come together. 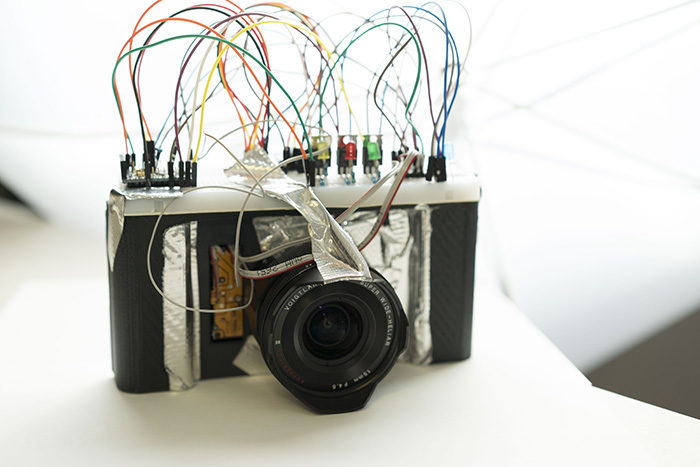 First working prototype
The first prototype was less than pretty. Despite looking like a bomb prop from a movie it actually worked (with the help of a little structural duct tape). LEDs were included for in field debugging. 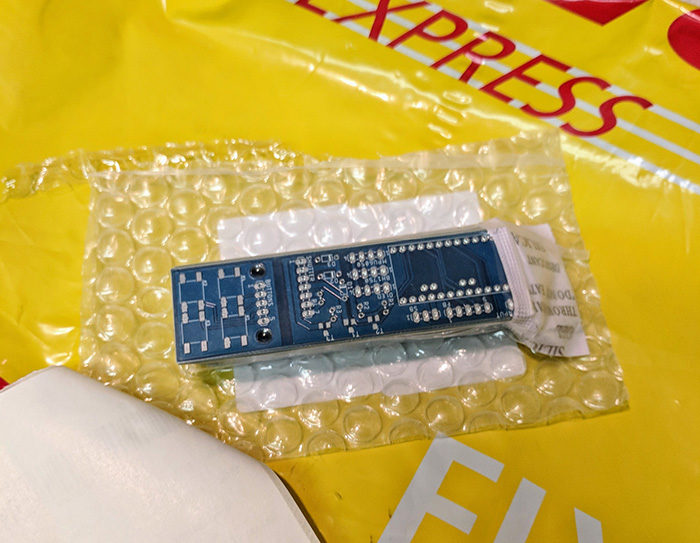 First PCBs arrvive
The first set of test PCBs. The PCB is two parts in one. The left section is the button board. The right section is the camera motherboard containing the power transistors and break out wiring to the peripherals. 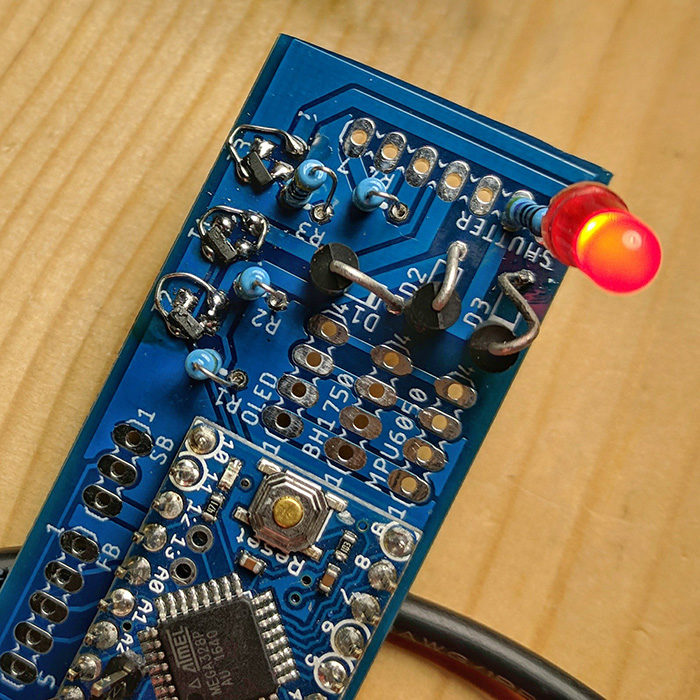 PCB testing
Prototypes are prototypes for a reason. In this case two legs of transistors were switched by accident. Some creative soldering worked around this problem and allowed prototyping to continue. 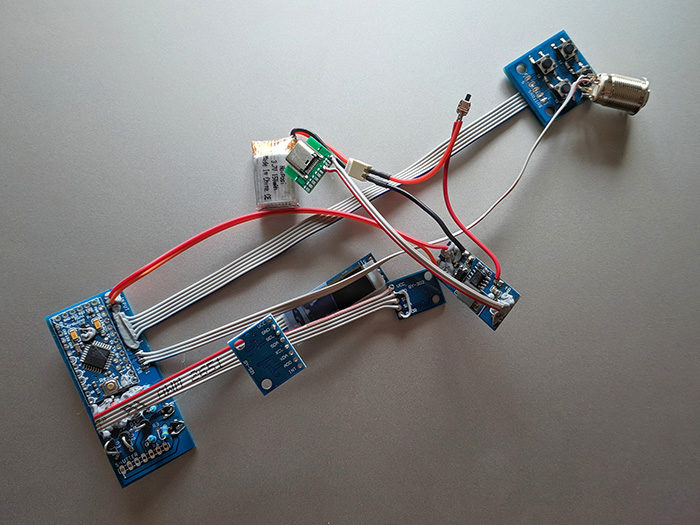 Assembly of the electrical loom
PCB layout is designed to optimize for ease of hand assembly. No SMD soldering required. Various components are on commercial break out boards. 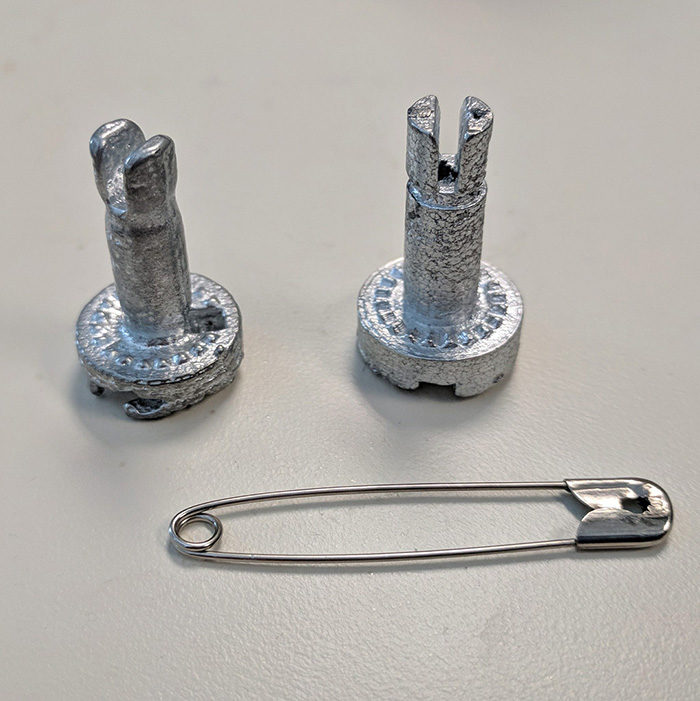 Metal casting
Some parts for LEX need to be tough or stiff. To achieve this metal is the obvious choice. These are prototype winder knobs from two different experiments in prototype casting. Casting these parts allows us to make rapid low cost prototypes without having to design around the limitations of low cost CNC services.

Button and finishes tests
Buttons are difficult. The user interacts with them so they need to be perfect. Wobble or rattling is unacceptable but so is a button that is too hard to press. It took several prototypes to get the button fits just right. 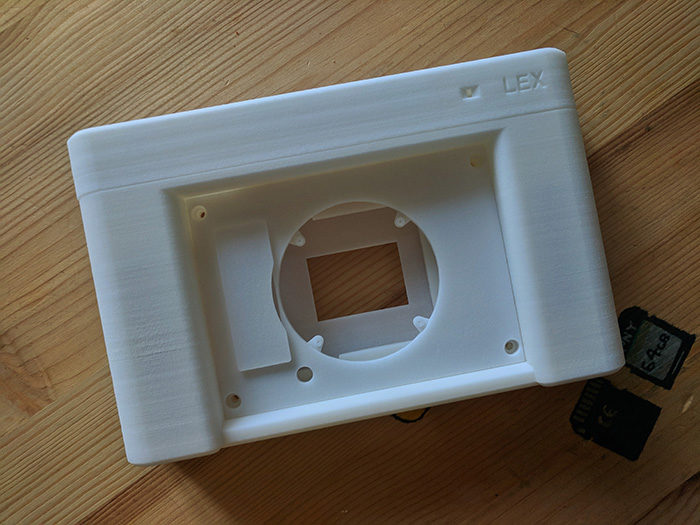 Body in raw SLS Nylon
The body of the LEX in raw SLS nylon. This printing process allows for great surface finish with minimal post processing. Unfortunately it’s quite transparent. 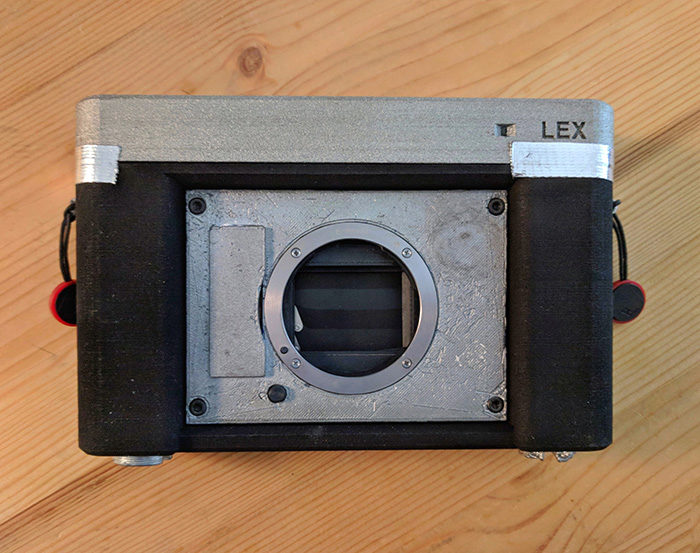 Prototype body complete
The prototype body in a complete working state. Metal parts are ZA2 alloy cast in house. (Tape for ease of reprogramming during firmware development). The Nylon parts have been dyed and coated to block ambient light.