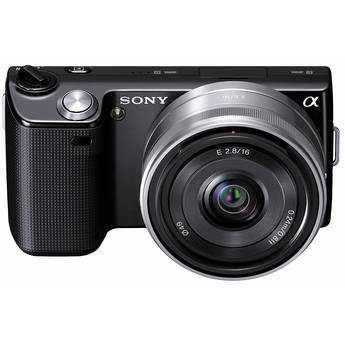 Thom Hogan tested the four most popular compact mirrorless cameras (The Olympus E-PL1, Panasonic GF1, Samsung NX100 and the [shoplink 3003]Sony NEX-5[/shoplink]). The Sony has the best sensor of the four but because of the lack of lenses and a bad handling he cannot recommend the camera: “I can’t really recommend the Sony NEX-5 directly. It’s actually quite good in image quality, especially if you need higher ISO values, and the 16mm f/2.8 lens makes for a very compact wide angle walkaround camera. Sony’s problem is three-fold. First, like Samsung, the lenses just aren’t there yet. Second, many of the lenses just absolutely drawf the camera body, and that starts to make the camera less desirable as a “compact.” Finally, the non-standard user interface and simplified control system is either going to get you swearing at the camera or you’re going to learn to like it. But I can’t predict that last bit, so don’t buy the Sony without actually trying it at a store first. ”

Read the full review at bythom.com