Sony has a scheduled press briefing on Thursday April 23. And Wikileaks hinted that new RX and A7 and A6xxx cameras would be announced within April and June. So far this is what we can hope to get soon:

P.S.: A-mount news (camera and lenses) will follow in August/September?

By the way. Also the Sony Canada marketing roadmap seems to confirm there will be new cameras. Their RX (late April) and Alpha (mid May) campaign would match those announcements. 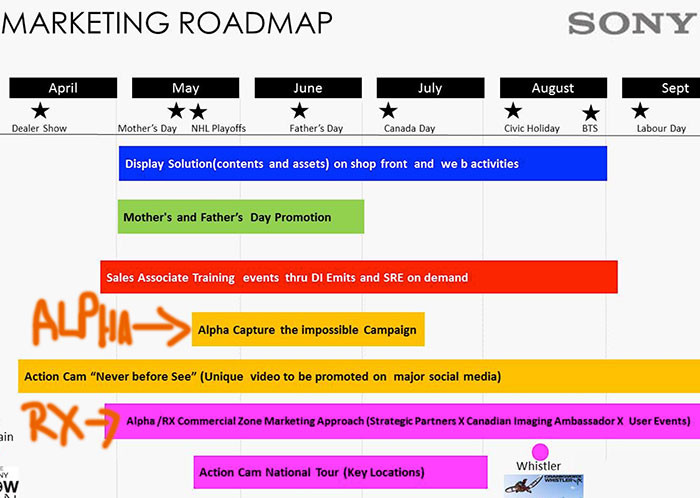