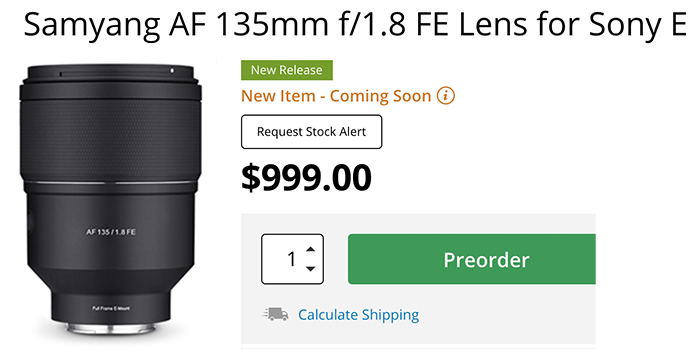 The Samyang 135mm F1.8 AF and the Sony FE 135mm F1.8 GM are clearly ahead of the Sigma, Zeiss Batis and Samyang MF.
The Samyang is the best one in term of sharpness , level of CA, resistance to flare It delivers very crunchy images and beautiful background blur , bokeh and excellent color rendering. It has a very efficient AF , It is lighter and 2 times less expensive than the Sony. Its only weaknesses is the AF in burst mode for sports. Let’s note also a strange battery drain (50% more battery consumed than normal)
The Sony is also outstanding in term of sharpness but a tiny bit less sharp than the Samyang, It is the best one in term of AF for sports , it has a little bit better bokeh balls (more rounded as of F4) and a mure subtle and gentle color rendering
Between the 2, if money is not important, it is a matter of taste in term of rendering with more crunchy image with the Samyang , more subtle for portraits with the Sony and also a matter ofAF efficiency for Sports where the Sony is superior and the only one compatible with 20fps on A9 and 30fps on A1
For the money the Samyang 135mm F1.8 AF is unbeatable