Sony Alpha A9 viewfinder burst shooting at 20fps from Gordon Laing on Vimeo.

Gordon Laing from CameraLabs posted a very long review of the A9 autofocus system. At the end he writes:

The bottom line? The AF performance was tremendous, the burst speed impressive and the blackout-free viewfinder while slightly odd at first, quickly proved addictive. Here’s my experience.
I was also impressed by the speed at which the A9 locked-onto a subject and stuck with it. I shot over 8000 frames with the camera (on a single battery charge too, see photo below) and barely noticed it struggling at any point. But again this is the level of performance the camera needs if it’s going to compete with pro Canon and Nikon bodies.

Dpreview also posted a Sony A9 vs A7rII comparison:

Is there anything the a7R II can do that the a9 can’t? Not much, but the differences are important. Having almost 20 million more pixels means the a7R II can produce bigger prints, which might be a big deal for landscape and studio photographers.
Ultimately, for Sony shooters that really need speed, the a9 is clearly a better camera than the a7R II.

Sony A9:
Sony A9 at BHphoto, Adorama, Amazon, BestBuy. Calumet.de. Fotomundus. Park UK. Wex UK. Jessops.
Sony A9 with Grip Extension Kit at BHphoto.
Note: US readers preordering the A9 at BHphoto using our links (and our affiliated links only!) have a chance to win a Sony A9. 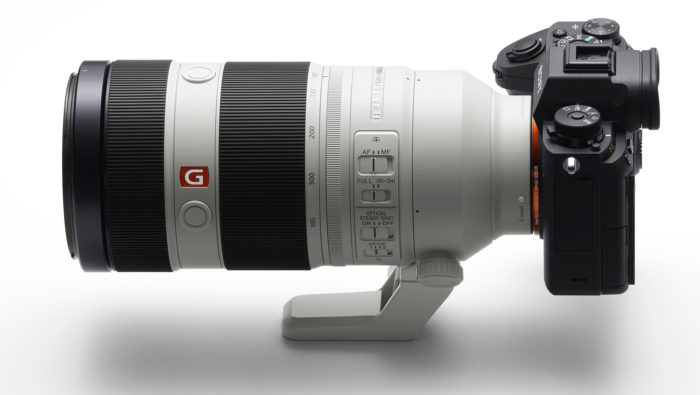