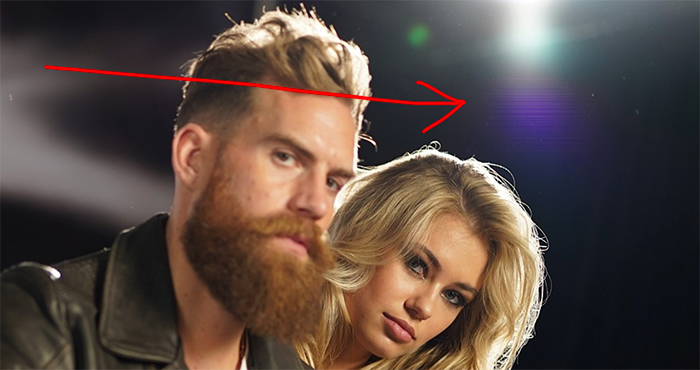 The web went in tumult after discovering a weird “stripe issue” in the top right corner of that Dpreview image sample. Here is the feedback from experts on that matter:

In a couple of the photos you may notice striping, a problem we’ve found common to all cameras with masked phase detect AF pixels when shot a certain way: with very fast lenses wide open pointed directly at bright light sources to purposefully induce flare (e.g. here and here). In continued shooting today in the same venue and lighting, we noticed no issues shooting more modest apertures and zoom lenses.

I’m not particularly worried about this, but some of the a7III examples I’ve seen make me think the effect might be worse in that camera.
It’s pretty clear that this effect is related to the on-sensor PDAF pixels in the a9. Bill Claff and Horshak did some work last year and identified a weaker version of the same pattern in dark-field images. It’s not clear to me why the effect is stronger with a very bright light source in the image.

We shot 4,181 pics with the a7 III and I can’t find any trace of this effect in the images, including shots with the 85 f/1.4 wide open into light sources, zooming in to 5:1. I’m confident this issue exists, but I think the community is making WAY too much out of it. People really love to latch onto any flaw in a new camera, and I think this is blown out of proportion.

To sum up: This is an issue that appears under very special conditions only. But it’s definitely here and we have to see if this is something Sony can fix easily via firmware update.

Important note: I would appreciate if you use those preorder links to preorder your camera. It rewards me for the work on SAR. I get a small commission and you don’t pay any cent more for that. Thanks:)