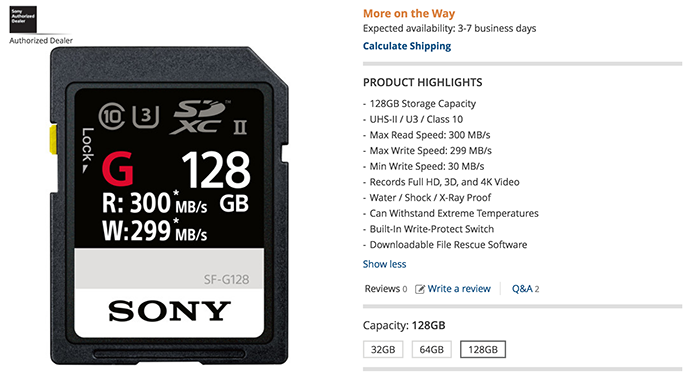 Sport Photographer Sean King is testing the A9 and noticed this:

I used a 32 gig slower card on Slot 2 instead of the 64 gig sony 95 meg per sec card in Slot 1. Guess what happened? I was able to get the heat warning. I got it in both of my A9’s. Now it did not effect my shooting. I worked one Soccer Match with the warning on both my A9’s using the slower card in slot 2. During the second match, I switched back to using the Sony 64 gig cards in slot 1 and no more heat warnings. Interesting…

Rueben commented on this:

It sounds possible that using non-Sony and/or too slow cards is actually causing the overheating when you are using the A9 in hot conditions. It would also explain why the early A9 reviewers had no such issue even when shooting under direct hot sunlight in California. They all had the new fast Sony SD cards!

I ask A9 owners to do this kind of testing. Because this really sounds like it could be the right path to solve the mystery!