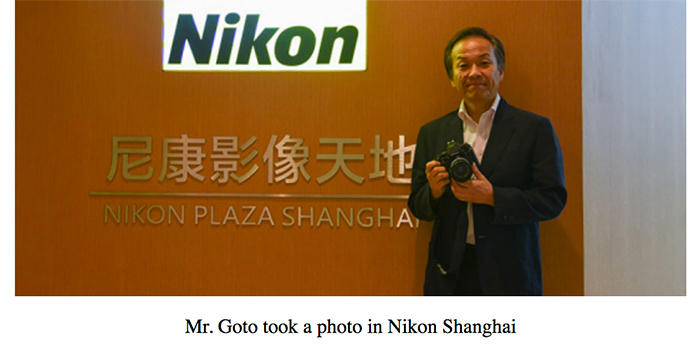 Mr. Goto Teng from Nikon got interviewed by the Chinese Weibo site. BeforeI start the mass discussion one important note: I relied on Google translation tool for this. I hope I didn’t misiniterpret something. But if I undertsood this correctly well Nikon was quite harsh towards Sony and the competition:

Second: They said they will not the modern design route from Sony A7 cameras. The google translation says: “Sony has a full frame but the shape we do not like”

Third: Nikon says “Just a small part of the real professional people to use their cameras (referring to Sony-Olympus-Fuji)“

Fourth: Nikon would not release so many cameras as Sony did. Sony had to go through a lot of failures before they came up with the A9. Nikon does not need to go through that process as they already went though that failures process due their long camera history.

Nikon really made some bold claims in this interview and in my opinione undermined the value of mirrorless players like Sony and Fuji. Probably this is a strategy to keep potential buyers from buying Sony and Fuji?