Dear readers! It’s time for a new poll! 2012 will be the year of full frame and  many here would like to know what kind of full frame lens you need. Feel free to comment this post with your lens suggestions.

I will also take into account the suggestions you wrote on yesterdays post about the upcoming 500mm f/4.0 lens.

Just a reminder: The first SLT full frame camera will be announced in Spring 2012 and there will be two more cameras within the year 2012. The first camera will be the A9x with 24 mega-pixels and be announced along a couple of new FF lenses. The second camera will feature a 36 Megapixel sensor. The third model will be something completely unexpected and new.

There could be a good news for some of our future [shoplink 8454]Sony NEX-7[/shoplink] owners. Two of our readers sent me a message they received from Sony:

“Hello Mr. XXXX
Thank you for your recent Sony purchase.
We would like to inform you we are experiencing a delay with your Sony order. The following item NEX7K/B has been rescheduled to ship on 11/11/2011.
Tracking information will be sent via email once your order ships. This number will also be available within the order history in your Sony Account. If you are unable to continue waiting we encourage you to visit our website or call 1-866-337-7669 to work with a Sony sales representative to find an alternative product that will meet your needs.
We appreciate your understanding and thank you for choosing Sony!
Sincerely,
Sony Customer Care
SonyStyle.com”

It sounds like Sony already produced some stocks of [shoplink 8454]Sony NEX-7[/shoplink] cameras and customers that preordered the cameras in the very first days after the announcement may will get the camera in time! 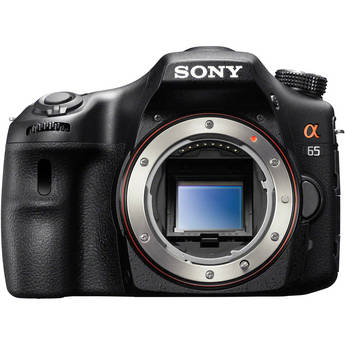 UPDATE: The A77 bundle (Click here) will be in Stock on October 31!
—
In Europe you can find the A65 at Sony UK, Amazon UK, Jessops, Warehouseexpress, Sony DE, Amazon.de Sony NL, Sony SE, Sony CH (Click on store name to visit the product page).
And in Asia at Digitalrev, Amazon.jp, eBay

What about the A77? It is in Stock in many european and asian countries:
In Europe at Sony.fr, Amazon.fr, Amazon.de, Sony.de, Sony.nl, Sony.se, Jessops, Sony UK, Amazon.co.uk, Warehouseexpress,
And in Asia at Digitalrev and Amazon.jp

Finally the new Sony 500mm f/4.0 lens will be announced in Spring the same day of the A9x announcement. That’s what our trusted sources reported to us. And they are also “sure” that there will be other new A-mount lenses. I have no 100% reliable details about the “other” lenses but I am working on it right now so let’s hope I can post something about these lenses soon. Early this year I told you that there would be 4-5 new full frame lenses. But the Japanese Tsunami disaster changed the roadmap. Plus, Sony decided to wait until the new A9x release to announce the new lenses.

The main features of the 500mm lens are already known because Sony unveiled them a year ago:
1) The lens will have a Direct Manual Focus (DMF) control. When you press the DMF button you will get a 15x magnified view of the scene. It works only with cameras with electronic viewfinders!
2) There is also a control panel on the ens with on-of AF confirmation bleep.
3) dual focus distance limiters (standard choice between a full range and a limited range of 0.6m to infinity)

P:S.: Should we do a new poll to check what kind of new full frame lenses you want? Any suggestions?

Steve Huff (Click here) posted his full NEX-7 review. It is a very long, detailed and personal view on the NEX-7. There is a lot to read, analyze and see. And I couldn’t agree more with Steve when he says: “all in all, this is a killer camera system and the NEX line has now matured into a camera that most of us have been asking for over the past 2-3 years. This will be a big one for Sony. Mark my words!“. The NEX-7 is indeed the hottest camera announced this year. Let’s hope the Thai flood will not delay the release for a very long time. George Boyd, a spokesman for Sony, told the BBC: “However, we are taking measures to move production to our third factory in Thailand which is operational and also to other sites“.

A couple of more NEX-7 related news:
Focus Numerique (Click here) posted a NEX-7 image gallery. New NEX-7 Photocomment poadcast (Click here). One more thing: For unkown reasons we noticed a huge price drop on the NEX-7 at Sony France (Click here). -100 Euro!!! A bit weird if you think that it is not even in Stock!

This is the very first picture of the flood that hit the Sony factory in Thailand (Source: Bangkokpost). And the mayor of the Bankadi municipality said that: “It will take about a month for the floodwaters to recede and then at least three months to rehabilitate the park“. Sony didn’t officially release a statement about the current situation in Thailand. What I heard from my sources is that the [shoplink 8454]Sony NEX-7[/shoplink] production will be moved to other factories. But also that will not be a quick process.

P.S.: You can read some general details about the Sony factory at Wesleynet.

While we are still waiting for our new A-mount lenses Sony made a new PL-mount lens with terrific specs! It is a 14x High power zoom for high-end production!
“The SCL-Z18X140 is a new zoom lens for the PMW-F3 Super 35mm CineAlta compact camcorder. It is a 14x high-power zoom lens from 18mm-252mm at T3.8 (Wide). The SCL-Z18X140 has been specifically designed to fit to the PMW-F3 via the camcorder’s own FZ mount, expanding the operational flexibility of the PMW-F3 so it can be used for almost any application. The SCL-Z18X140 is the first zoom lens which you can operate with the zoom rocker of the [shoplink 9726 ebay]PMW-F3[/shoplink].”
Now, I want to see that kind of professional approach on future A-mount cameras and lenses too! Can’t wait to here more about the upcoming A9x!