Japan is the only market of the world offering super detailed info about camera sales. And this week BCNranking made a nice overview of the percentage sales in 2011. As you can see from the screenshot on top Sony is doing well in the compact camera market where it jumped on the second place with 15,1%. it was on position 4th in 2010. It’s not going well in the DSLR market but this has probably to do with the Thai flood consequences that made the A65 and A77 not available in reasonable numbers within 2011. Compared to 2010 Sony also lost 5% market share in the mirrorless market probably for the same reasons.

I think 2012 numbers will be more important because it will really show what’s the strength of the company in a “normal” year (a year without Tsunamis and Floods I hope!).

There is no such nice detailed market report in European and American countries. So I have to rely on the very general and “unscientific” Amazon rankings to see if a camera is popular or not. I give you here the links to check the current most sold cameras:

Rokinon/Samyang posted the first image of the 8mm fisheye E-mount lens on facebook. Below you find images of the lens and image samples taken with the lens. The Rokinon will be available in March.

Reminder: In USA the company uses the “Rokinon” name (here on Amazon), in Europe they are branded as “Samyang” ([shoplink 11234 ebay]here on eBay[/shoplink]), in UK you can find them with the name “Wallimex” (here on Amazon UK). 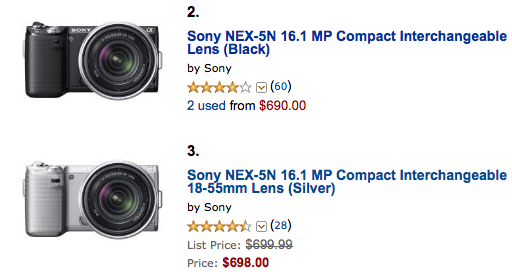 Sorry guys, I just noticed that the NEX-7 link I gave you yesterday had an error. Here is the correct link to the NEX-7 body preorder at Bhphoto: http://www.bhphotovideo.com/c/product/817846-REG/Sony_NEX_7_B_NEX_7_Digital_Camera_with.html. Meanwhile a SAR readers contacted me to say that they called Sonystore to preorder the NEX-7 body at Sonystore USA (Click here) . The answer was that it will ship on February 10th. This is probably right seeing that BH is accepting preorders. 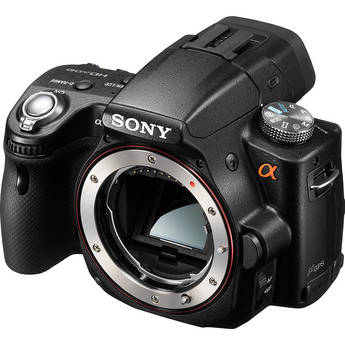 [/shoplink] I have been told by some sources that the next SLT camera to be announced is the [shoplink 3617]A55[/shoplink] successor. It should arrive within the next few months and certainly before the fullframe A99 (which will be announced in late August/early September). I am very curious to see what kind of sensor it will use. I have been told it is a “new” sensor (with less than 20 Megapixels). it will not have the super high resolution of the [shoplink 8461]Sony A77[/shoplink], nor the top body quality, nor the same fast fps and advanced viewfinder. But this may become a real High ISO King camera!

As usual, if you have some rumor to share contact me at sonyalpharumors@gmail.com or send me an anonymous message by using the contact form you see here on the right sidebar. Thanks!

For the first time all Sony stores in Europe now have the NEX-7 body in Stock. Click on these direct links to buy your NEX-7!

The kit version will be available much later so go for the body only instead and buy the lens separately! Here are all links I usually check to see if the Zeiss 24mm for NEX is in Stock. Click on it: [shopcountry 8450]

This is a sign that the new NEX-7 bodies will indeed be shipped to USA within the next few weeks. BHphoto (Click here) is finally accepting preorders on the NEX-7!

Photojottings (Click here) posted a very interesting JPEG and RAW comparison between the most requested Sony camera of the moment ([shoplink 8454]the NEX-7[/shoplink]) and the probably last full frame camera model with optical viewfinder ([shoplink 3032]the A900[/shoplink]). I am again surprised to see how well the NEX-7 holds up against a fullframe camera. You may would argue that the better JPEG performance has to do with the newer processor but looking at the RAW comparison at 6.400 ISO you easily can see the NEX-7 better color performance and only a slightly less resolution compared to the A900. I am sure the new 24 Megapixel sensor of the A99 will bring a quantum leap jump in terms of noise performance and per pixel resolution but APS-C sensors are always advantaged by the fact that they will get the newest technology advancements before FF. It’s on the low and mid level market where you make the big money, not in the pro market.

About the optical viewfinder and A900: The A900 is a great camera and I used it for some of my photographic works. While I am positively surprised by the NEX-7 electronic viewfinder I still miss that huge superb viewfinder of the A900. I know for sure that there will be no new OVF model any time soon from Sony but Fuji has shown us with the X PRO 1 that one technology doesn’t exclude the other. Don’t know if Sony engineers are reading me right now but they should take a look at Fuji’s approach :)