Image on top. The bad news reported by Amazon US (Click here).

Bad news guys! I just got this via one of my readers (Thanks!): “Warehouse express UK say they will not be filling the pre-order lsit and have been told by Sony they will not be getting NEX-7 until begining March 2012. I spoke to Sony UK today and politley pushed for any information they could tell me. What I got was that there are no NEX-7’s in the UK. Sony hoping to make a statement ‘at some point soon’ and customers on their pre-order list are to be contacted and offered a refund.
It appears that companies differ some take the money upfront some do not until item ships. Does not really clear up the information some people in the USA are being given that early pre-orders are still likely to be shipped soon??”

Another reader sent me this: “I spoke with a US Sony rep who told me they have received the NEX-7 body & NEX-7 w/18-55mm lens into their warehouse. They said they have enough to fulfill current preorders on them but can no longer take preorders for the NEX-7 body option. They said there are still able to add more preorders for the one with the lens. Their website seems to suggest this also as the NEX-7 now says coming soon instead an availability date: http://store.sony.com/webapp/wcs/stores/servlet/ProductDisplay?catalogId=10551&storeId=10151&langId=-1&productId=8198552921666375235”

Damn, it is so bad that Sony will miss the Christmas sales. They made a very nice camera almost everybody likes and they cannot be awarded for that. And the competition will now have more time to copy the NEX-7.

The chinese website ZOL says the upcoming A99 could use a new viewfinder with 720p, ultra-fast response time (less than 0.01ms) and super brightness (greater than 200 cd/m2).

Here are two more screenshot with the new viewfinder specs:

For weeks Rob Skeoch from ThePictureDesk (Click here) is heavily testing the [shoplink 8454]Sony NEX-7[/shoplink]. I have some doubt that Rob will ever return the camera to Sony :)
He posted a couple of interesting articles about the NEX-7 and Zeiss ZM combination:

The Zeiss ZM is an amazing fulflrame film system. Sony should take inspiration from the [shoplink 9812 ebay]ZM camera and ZM lenses[/shoplink] for their new fullframe NEX system! 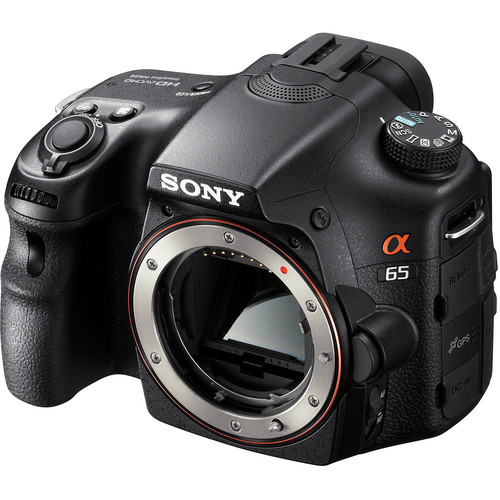 [/shoplink] Photographyblog (Click here) posted the next Sony review. That time they tested the new Sony A65, the little sister (with the same sensor) of the A77. And the camera gets Highly Recommended! Here is the reason: “Image quality is excellent, with results from the 24.3 APS-C sensor easily rivalling the DSLR competition. The OLED viewfinder is simply the best EVF that we’ve ever had the pleasure of using. The A65 is still a fantastic SLT camera that is a genuine threat to the more conventional prosumer DSLRs on the market.”
The A65 is in Stock almost everywhere in the world now: Check at [shopcountry 8452].

And there is also a new NEX-5n review at Pocket-Lint (Click here): “The NEX-5N has two major things going for it: image quality and its HD movie mode. There’s no other compact system camera out there that can better the 5N’s images (except, perhaps, for the as-yet-untested NEX-7), though the distortion at wide-angle settings can make for edge softness issues. As for the second point: the 1080p movie mode is exceptional in quality, control and performance terms. In fact we’d go as far as saying there’s no other CSC out there at this price point that’s as good in this department.“.
I own the NEX-5n and also highly recommend it: [shopcountry 8459].

And here are two more links about the A77. First an A77 versus A700 image comparison at Dpreview forum and than ISO samples at Photographybay.

Since yesterday the A77 is in Stock at Amazon (Click here). And it is climbing the Amazon rankings (Click here to it). It now is on Position 9! Why is that interesting? For years now Canon or Nikon cameras are holding the first position. Only the [shoplink 8454]Sony NEX-7[/shoplink] came close to the first position (on Pos. 3). I am really curious to see how close the A77 will come on top. To bad the NEX-7 will be delayed (until February?). That was that camera that could have reached position one!

UPDATE: The A77 is now in Stock in most stores and already a hotseller at Amazon US (Click here to see the top 20 most requested cameras). Good news for Sony! And the A77 is doing even better in at Amazon Deutschland (Click here). Here (at the time of writing) it is on position 4th! 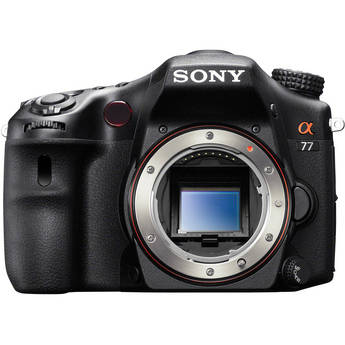 Finally! Plenty of A77 body only cameras are in Stock at Amazon (Click here) and BHphoto (Click here).