The Sony Alpha A55 – Photokina 2010 with Warehouse Express

David Pogue from the NewYorkTimes published an article baout the new Sony Translucent cameras. You can read it here: NYtimes. This is porbably one of the most funny to read reviews!
Also Pixiq tested the Sony A33/55. This is a more “classic” technical review.

P.S: Miracle! Amazon US is taking preorderors of the Sony A55 (Click here)

Thom Hogan analyzed the new Photokina products and that’s what he said about Sony:
“Sony: Sony announced most of their wad well prior to the show, with the A560 and A580 being the most recent announcements. I think the jury is still out on Pellicle Round 2, but I like that the Minolta, uh, excuse me, Sony, engineers are still trying to push the box into another shape. NEX dominated their booth, as it probably should. I was heartened to hear that Sony will coming out with a firmware update to address many of we users’ complaints about the user interface, but it’s unclear exactly what is changing other than some video changes. At least they heard the complaints, which is more than I can say for some Japanese camera companies.“ 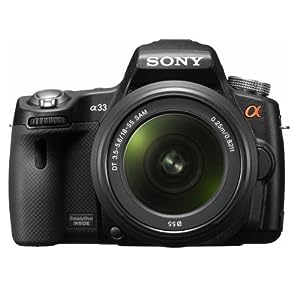 I guess you already know that Sony and Amazon are not exactly best friends. But finally Amazon do accept preorders of the Sony A55 (Click here)

. The Sony A33 is in Stock (Click here) via third party resellers.

. I hope the war between the two giants is over.

The Sony A55 is climbing the japanese weekle DSLR sales ranking. Now on position seven! (BCNranking) 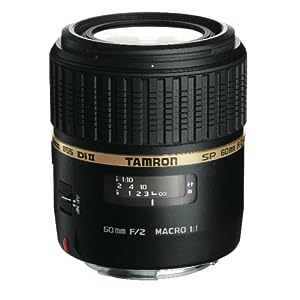 Following three Alpha mount lenses do have a $100 mail-in rebate:

. This is a very high-quality lens!

Those are all APS-C lenses!

Photoclubalpha had a discussion with Paul Genge of Sony UK and reports that “When the new A700-series model appears, Paul confirmed that it will look quite different from the mock-up shown at PMA and again at photokina. All the clues I can get indicate that it does indeed use the same basic internal system as the A33/55, and will have an EVF. But Paul said this camera will include such high specification features that current A700 owners will be amazed.” and “Paul said they intended to complete the A3/5/7 developments and would then turn their attention to new full frame, including an Alpha 900 replacement with features yet to be decided. He pointed to the new 500mm f/4 G SSM, shown in bare metal and with paint on, as evidence of their intentions. Also, it was possible to create a full frame NEX, using the same mount and the A-mount adaptor, but never the same lenses as the APS-C NEX. The mount had been designed to allow this and it might one day happen, in which case full-frame adapted Leica lenses (and so on) would be even more useful. The new standard zoom lens (16-80mm replacement) could be SAM not SSM. Paul pointed to the ring on the front of the mockup (gold ring – a bit of a Tamron-type clue?) and suggested that this could mean the SAM motor.”

1) the A77 is a SLT camera that will very likely be even better than we imagine….I can imagine a lot :)

P.S.: We are currently receiving some A77 and A950 rumors and I ask my sources if they can talk with me about that cameras. i need to confirm those rumors before to post them here! Thanks!