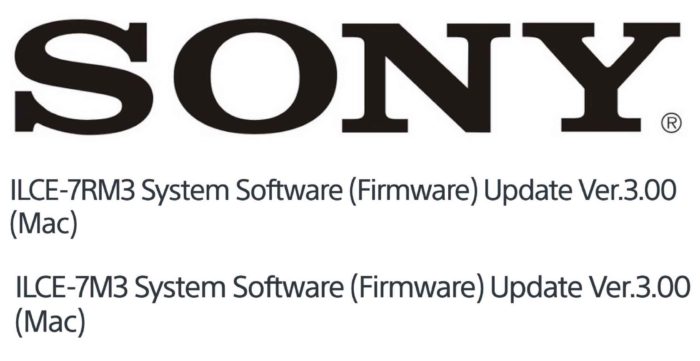 Software Version 3.0 brings Real-time Eye-AF to the α7R III and α7 III, an AI-driven enhanced eye detection system that’s based on the results of machine learning. Through machine learning, Sony has created a system that can detect—and focus on—the human eye even if the subject is looking down, partially blocked in the frame, turning or backlit. This feature is available in AF-C mode with a simple half-press of the shutter button.

As with human eye recognition, Software Version 3.0 brings AI-driven animal eye detection to Sony cameras for the first time. Advanced subject recognition allows the α7 III and α7R III to detect and track animal eyes, and is the first step in a robust animal-tracking AF system.

The development of Animal Eye AF performance will continue, increasing the range of animals recognized by the system as well the system’s ability to track their movement.

This new software adds a built-in interval timer, enabling photographers to easily capture and create time-lapse movies. The new feature can be set for anywhere between 1 and 60 seconds, with a total number of shots from 1 to 9999. AE tracking sensitivity is available to be adjusted to “High”, “Mid” or “Low” in order to reduce changes in exposure.

Drew Geraci, one of the top time lapse creators in the world, has used the intervalometer functionality that’s built into this new firmware. “I think it’s probably one of the best features that they’ve added in a long time,” he says, “I’m glad to see it’s finally in there. There’s definitely a lot of things to it that I think will help time lapse photographers.”

Above: Time lapse by Sony Artisan of Imagery Drew Geraci

Besides just the basic intervalometer ability to set the number of frames and the interval, Geraci points to a few other key features that Sony has included. “The introduction of the low, mid and high levels of automatic exposure sensitivity is great, especially if you’re in a city situation where the lights are always changing and you want to make sure that the scene is metered properly or if you’re in a darker situation out in the wilderness and you’re watching the moon rise, you can set it so the exposure will change more gradually. They’ve also added a playback function that allows you to actually get an in-camera playback of the time lapse instantly. It’s like being able to chimp your time lapse. That’s one of the best features that comes with the firmware update.”

In addition to the interval shooting, the firmware breaks new ground with AI-driven autofocus features.

Real-time Eye AF builds on the continuous Eye AF technology with an AI-driven eye-detection system that will detect and keep focus on the eye even in particularly difficult situations. (see below for more details).

Animal Eye AF which detects and tracks animal eyes (the feature currently works with dogs and cats and more animals will be supported in future updates).